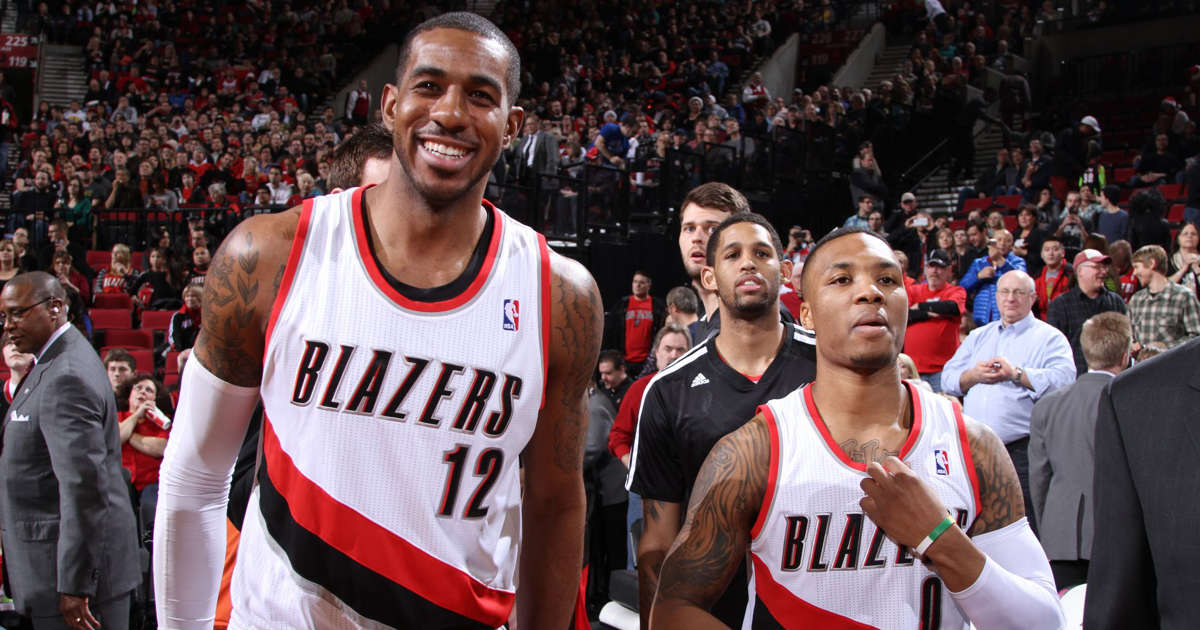 Aldridge announced his retirement this week following an irregular heartbeat that reportedly got worse.

The 35-year-old said it was time to put his health and family first.

Aldridge spent 15 seasons in the NBA, nine in Portland, five with the San Antonio Spurs, and a brief stint with the Brooklyn Nets.

Lillard made an appearance on ESPN’s Jalen & Jacoby to talk about his former star teammate and how it would pay major respect to his career if the Blazers retired his jersey.

Here is the full quote:

“It’s time, man. It’s time for the Blazers to retire No. 12, man,” Lillard said. “He had an amazing career in a Trail Blazers uniform. I think everyone was expecting him to return, and he ended up leaving, and people felt some type of way about it, but there’s denying the kind of career he had in Portland and what he meant to this city.”

“So I think that’s the proper respect to retire that jersey because of who he was and what he did for this organization.”

Of course, many fans in the Pacific Northwest feel a certain way due to Aldridge’s exit from Portland when he left for San Antonio in the summer of 2015.

Up to that point, Aldridge was only behind Blazers legend Clyde Drexler on the team’s all-time scoring list.

Damian Lillard has since claimed that title.

LA was the star of a team that won 51 games in 2015 before leaving for Texas.

Despite Blazer fans resenting LaMarcus Aldridge for that decision, he is the team’s all-time leading rebounder, and had it not been for multiple injuries to several co-stars, the Blazers could’ve really been title contenders in his prime.

LaMarcus Aldridge was a seven-time All-Star and was 49 points away from reaching 20,000 career points.