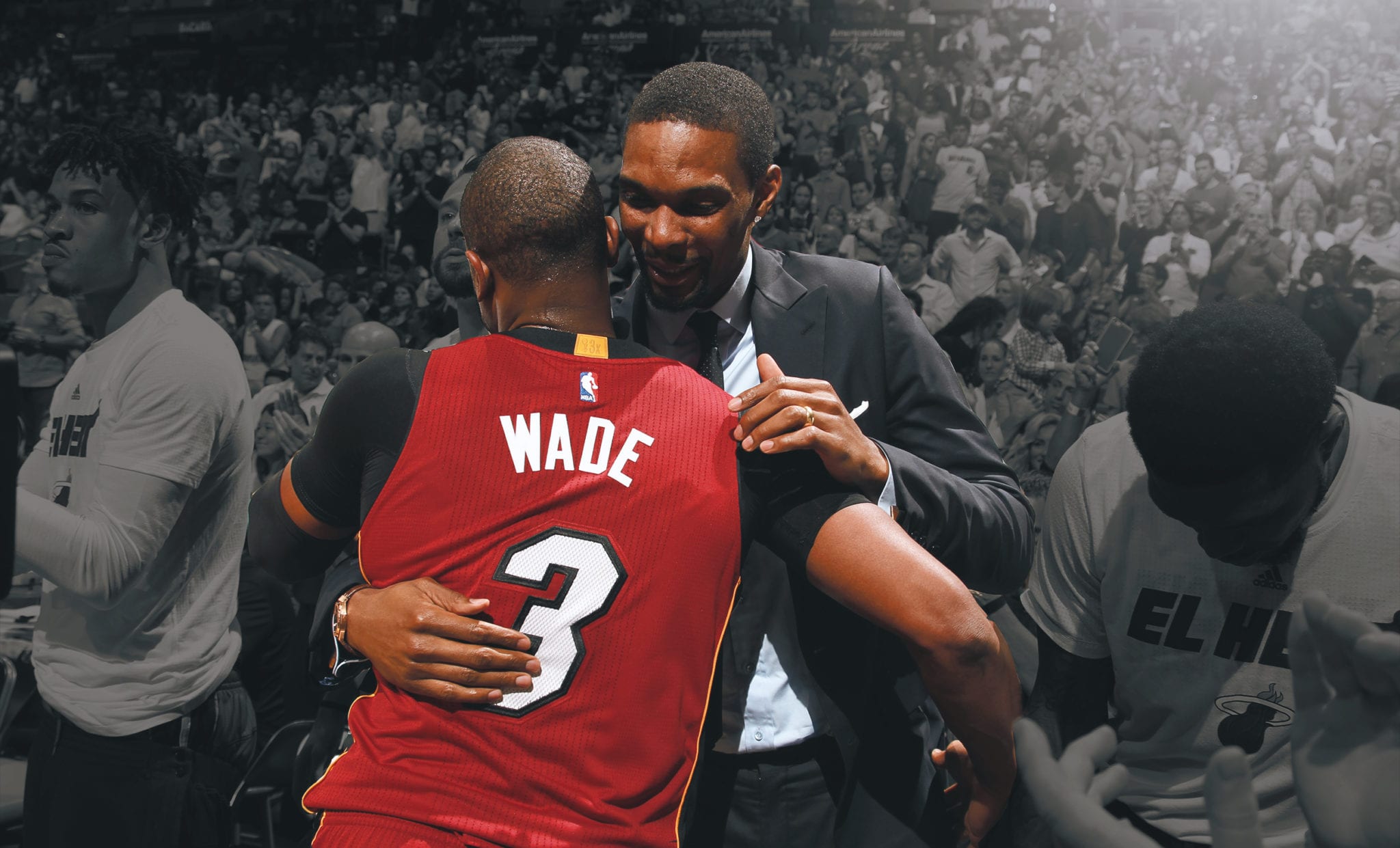 In an emotional TNT segment on Wednesday, Dwyane Wade described the terrifying nature of the blood clotting complications that ended Chris Bosh’s career.

Wade said it was the unknown and sudden nature of his teammate’s condition that made it especially scary for both Bosh and everyone around him.

“I was in Miami when he went down with blood clots, we didn’t know a lot about it,” Wade said.

“One moment we’re in a plane flying to All-Star Weekend… Next time I seen him, he was in hospital with tubes in his chest and his mouth. At that moment, it’s real life man. People don’t see that.”

Wade went on to say the public had no concept of how hard it was for Bosh to go through.

“They look at athletes and they look at the money we make and the lifestyle that we’re able to live because of it, and think that it’s not hard, that life is not hard.

“You know, in moments like that man, that’s when you say, ‘Listen, basketball’s great, but your family, your health, these are the things that’s most important.’”

Bosh played his final NBA game on February 9, 2016. Rumours of his return persisted for years, even up until quite recently, but he was never able to return to the court without putting his health at some level of risk.

And while Bosh’s sudden disappearance from the NBA is not talked about as much as it perhaps should be, he certainly hasn’t been forgotten by his former teammates like Wade.