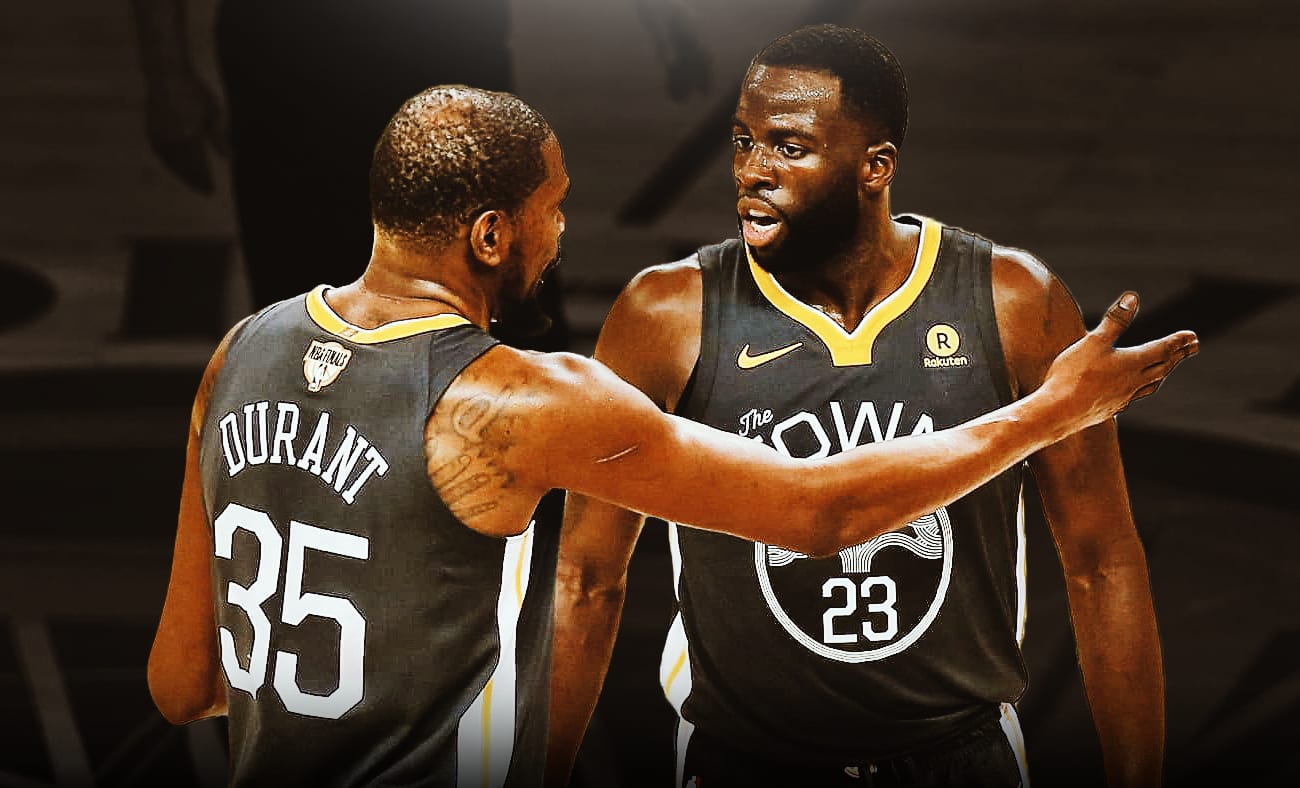 Kevin Durant and Draymond Green have for the first time revealed the true story behind their infamous on-court altercation as Warriors teammates, as well as the rumoured phone call Green supposedly made to Durant from the Oracle Arena parking lot after losing the 2016 NBA Finals to LeBron James’ Cleveland Cavaliers.

Speaking on Durant’s podcast The ETCS, Green outlined what was said between the two during their heated on-court exchange against the Clippers back in 2018.

It all kicked off when Durant chastised Green for not passing him the ball. That’s when Green says he went back at Durant, yelling “Hey, motherf*cker I do this too! I was going to give your ass the ball if you weren’t bitching! I do this too!”

DeMarcus Cousins then pulled Green away and told him to “shut the f*ck up.”

“No, that’s bullshit,” Green responded. “Nobody says shit to K. All he had to do was f*cking run, and I would have pitched him the f*cking ball back.”

Durant then corroborated Green’s account of the incident, with the two of them clearly on good terms now.

As for the parking lot phone call rumour, Durant said he and Green merely exchanged texts about how the 2016 Finals had played out.

But KD said he never considered there to be any suggestion from Green’s end that he should sign with the Warriors.

Green added, “Y’all added a theatrical sense to make this shit a movie. You gotta make shit for TV, you gotta add on a little, so people just start pouring on. I wasn’t about to come out and fight it.”

Draymond acknowledged in a 2016 interview with DraftKings that he had spoken with Durant before the legal tampering date of July 1, but dismissed them as being nothing more than conversations between friends.

However, he did admit to sending “too many messages” to Durant before the tampering cut off.