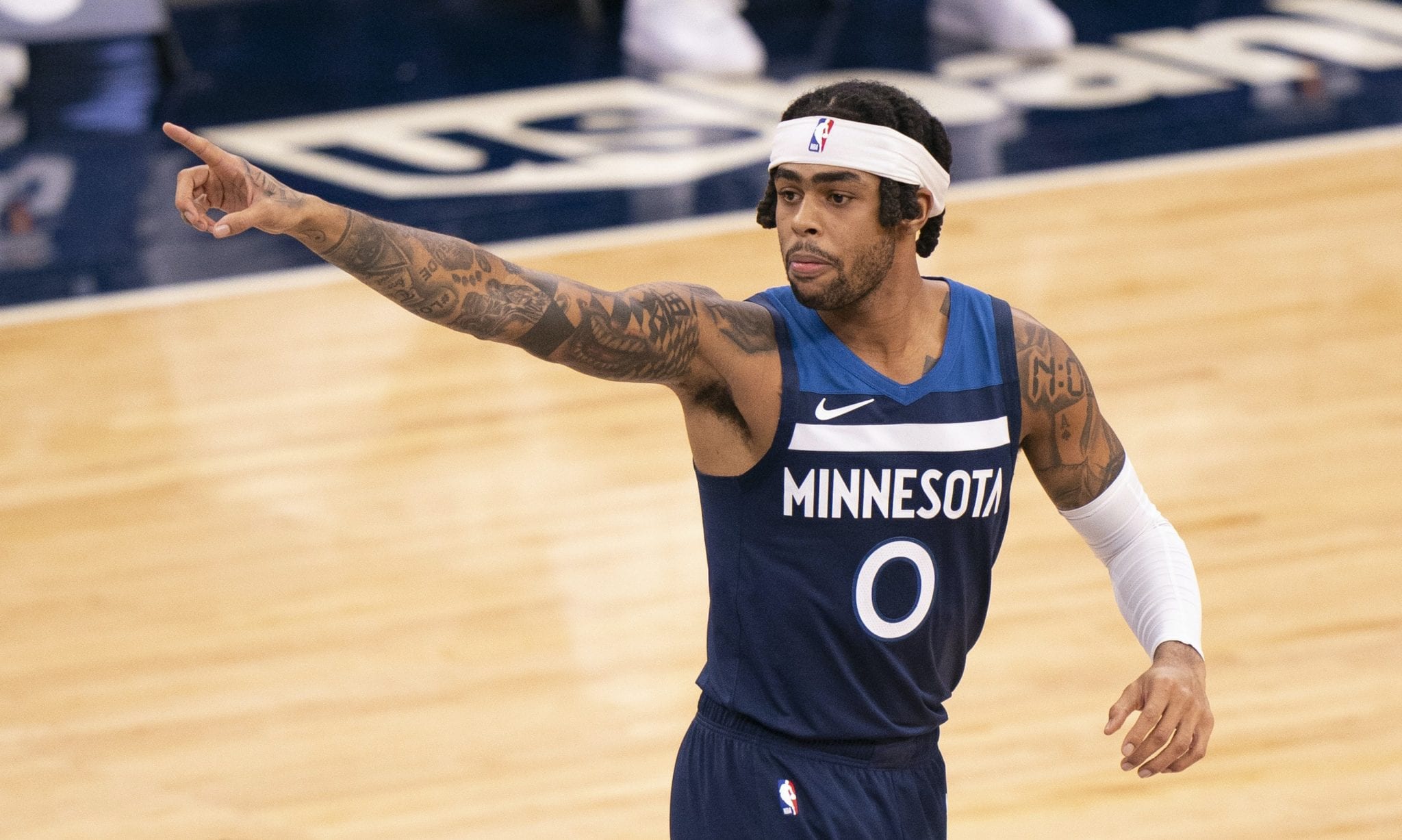 Former all-star guard D’Angelo Russell is slated to return to the Minnesota Timberwolves’ lineup on Monday night after missing 26 games due to a knee procedure, per Shams Charania of The Athletic and Stadium and Jon Krawczynski of The Athletic.

Russell has only played 32 games for the Timberwolves since he was traded from the Golden State Warriors in 2019-20.
The Timberwolves hoped this season would be a developmental period for its young core of Russell, Karl-Anthony Towns, and Anthony Edwards, but injuries have kept them from hardly ever taking the floor together.
After years of middling in mediocrity, the pressure is on Russell (the second overall pick in the 2015 draft), Towns (the first overall pick in the 2015 draft), and Edwards (the first overall pick in the 2020 draft), to deliver on their potential.
The ‘Wolves currently have the worst record in the NBA at 12-38 – and could look to enter another rebuild if they fail to win given a healthy roster.
Russell will reportedly play limited minutes off the bench in his return Monday night against the Sacramento Kings.
Related Article:  USA Basketball Announces 2022 World Cup Qualifying Team
-->