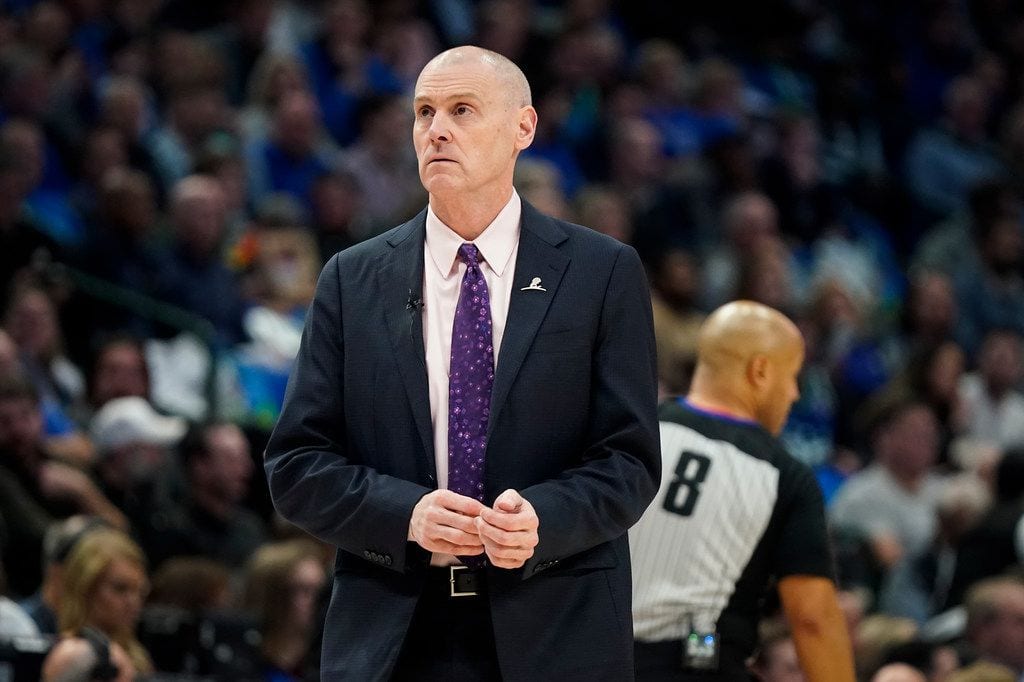 Dallas Mavericks head coach Rick Carlisle tested positive for COVID-19 on Friday morning despite being fully vaccinated for the virus.

Carlisle tested positive ahead of the Mavs’ game against the New York Knicks and had to go back to his hotel room.

“Well, in this year of the unexpected, this morning — head coaches in the league are now doing game-day testing with the players ‚ and so I had an unexpected positive test this morning,” Carlisle said, via The Dallas Morning News. “There’s a chance and a hope that it will be a false-positive.

“This seems like possibly a mistake, but for these reasons, I’m entering the [NBA health and safety] protocol. I’m still at the hotel here in New York.”

Knew something wasn’t right when Carlisle’s laptop camera turned on and it appeared that he was in a hotel room, which in fact he is. pic.twitter.com/Crfn3l5OwM

Carlisle says he feels fine and he is under the assumption his result was a false-positive.

According to the Dallas Morning News, he’s been fully vaccinated since January.

Despite that fact, it is still possible that he could’ve contracted one of the multiple variants spreading across the country.

The vaccines are not 100 percent effective, and Carlisle and the Mavericks aren’t taking any chances.

“It definitely was unexpected,” Carlisle said, via The Dallas Morning News. “I have no symptoms. I feel great. I worked out earlier this morning. But this is just one of these situations where we’ve all got to be light on our feet.”

With Rick Carlisle missing the game, the Mavs gave the job to assistant Jamahl Mosely.

“This is a great opportunity for [Mosley],” Carlisle said, via The Dallas Morning News. “He’s obviously, in my opinion, ready for this kind of opportunity. I think this is something he’ll thrive in.”

The Mavericks are currently sitting in the bottom half of the playoff picture and are trying to steer their team in the right direction in what has been an up-and-down season.