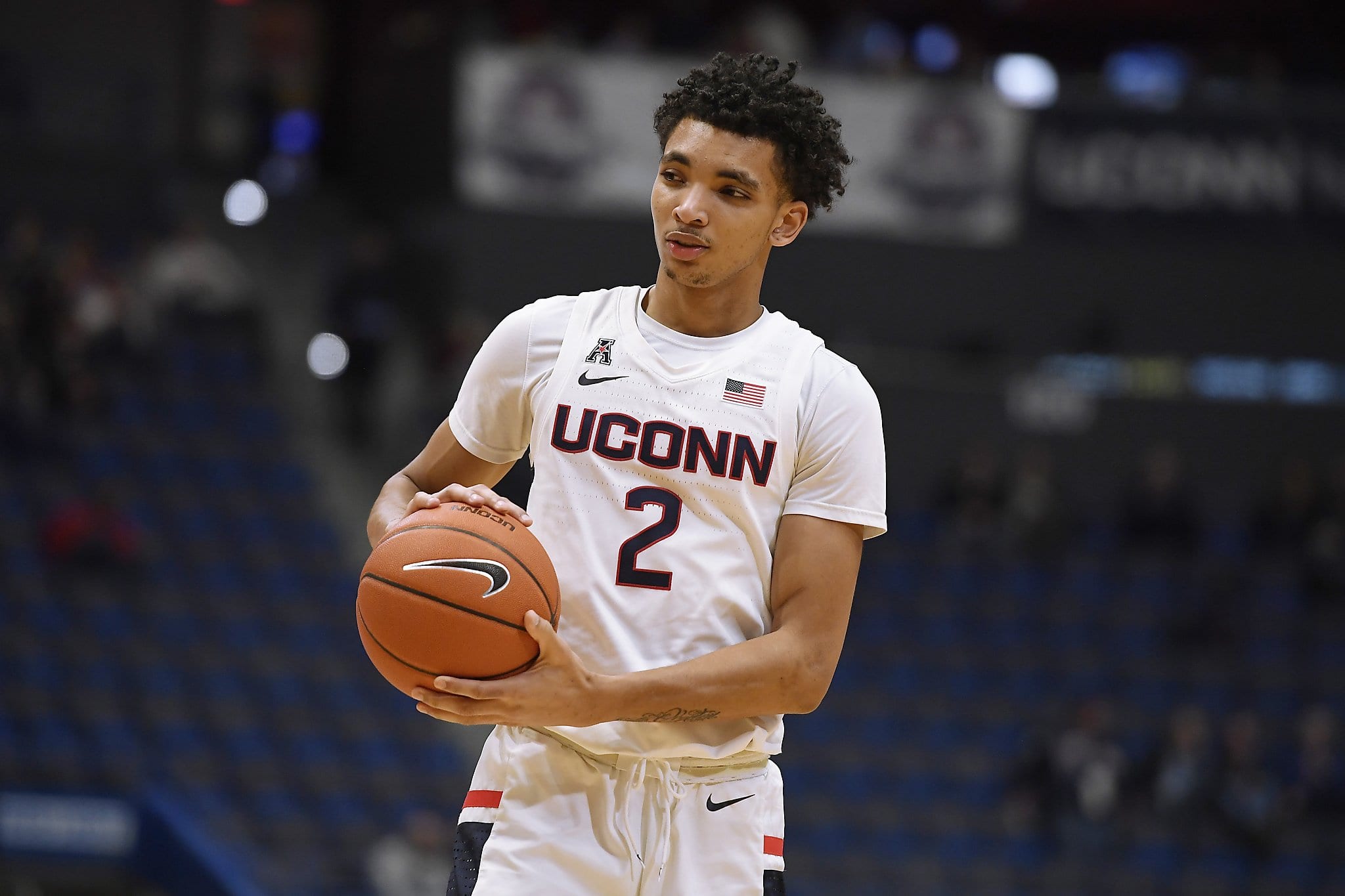 University of Connecticut star guard James Bouknight has announced that he will forego his remaining two years of college eligibility and enter the 2021 NBA Draft.

Bouknight averaged 18.7PPG, 5.7RPG, and 1.8APG for the Huskies this past season.

“Just coming into UConn when I first committed, Coach Hurley had a vision for me helping to turn the program around and bring it back as a winning program,” Bouknight said, via ESPN.

“We reached that target. We were successful, although we didn’t make the run we wanted to make in the tournament.”

UConn lost in the first round of the 2021 NCAA tournament to Maryland – but Bouknight was an integral part of leading the Huskies back to the tournament for the first time since 2016.

Bouknight is projected to go anywhere from the late-lottery to mid first round, but it’s highly possible that we could see his stock rise as we get closer to the draft because of his high intangibles.