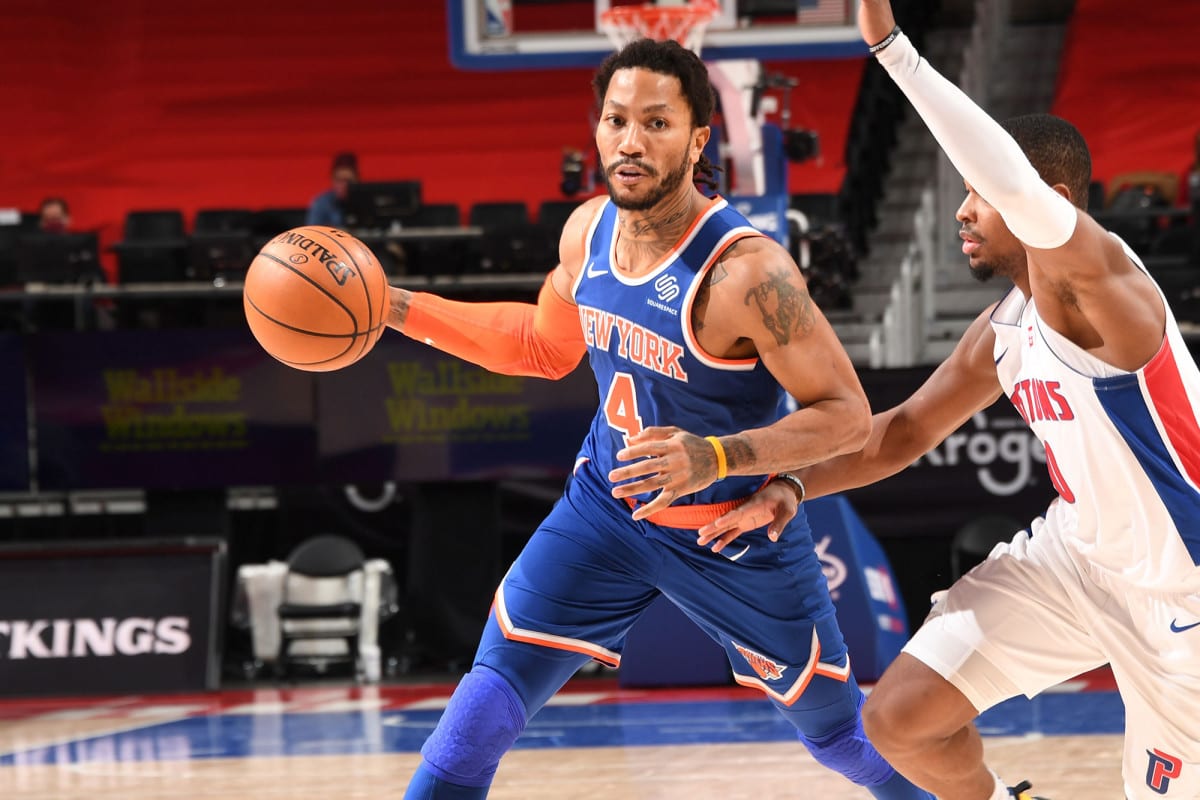 New York Knicks guard Derrick Rose has officially rejoined the team on Monday after a long battle with COVID-19, but there is uncertainty on when he will return to the court.

Rose, who landed back in New York in February after spending the first half of the season with the Detroit Pistons, has not played since February 28th.

Days later he was diagnosed with COVID-19 with “all the symptoms.”

Rose said it was worse than anything he had ever experienced.

“They say everybody is different, but with me I never felt anything like that before,” Rose said on Monday, via The Associated Press. “I’ve had the flu. It was nothing like the flu.

“It was that times ten. So like I said, I’m slowly getting back. I’m progressing every day and just trying to get back in the swing of things.”

Rose averaged 12.5 points and 4.9 assists in 10 games with the Knicks, and the team went a perfect 3-0 when he was in the starting lineup.

Unfortunately, he contracted the virus less than a month after the trade, and he missed the Knick’s final two games before the All-Star break and the six since the start of the second half of the season.

Rose also said he couldn’t work out at all while sick from home.

Both the Knicks and head coach Tom Thibodeau think it will be a while before  Rose sees action on the court.

“He has to go through conditioning and once he’s ready to go we’ll move forward with it,” Knicks coach Tom Thibodeau said, via The Associated Press. “But he’s been out for a while now so he’s just starting to ramp it up again and we’ll see how it goes.”

The Knicks currently sit in playoff position for the first time in nearly a decade and have been very competitive this year.