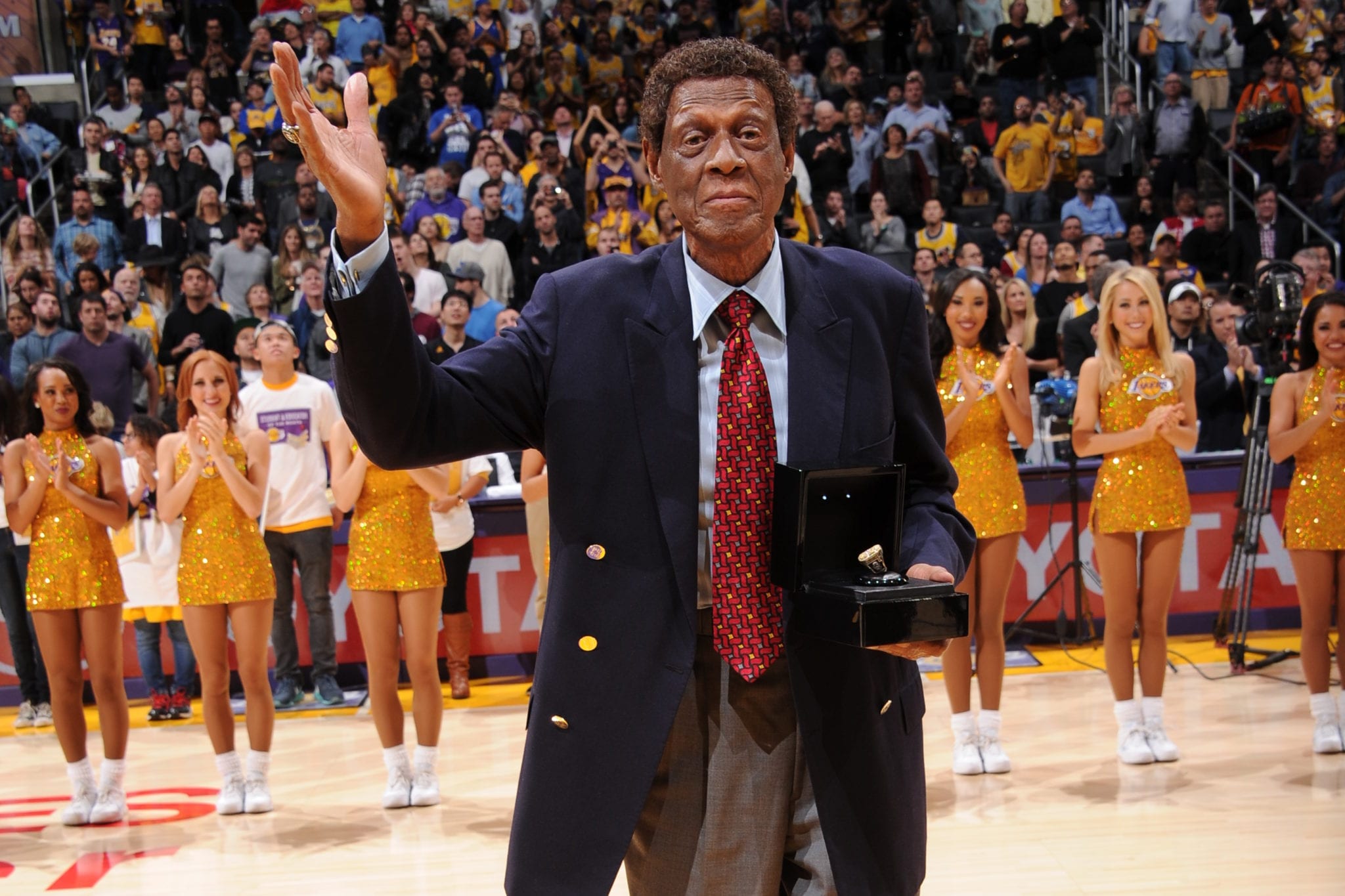 Baylor’s wife Elaine and daughter Krystal were with him when he succumbed to natural causes.

“Elgin was the love of my life and my best friend,” Elaine said in a statement released by the Lakers. “And like everyone else, I was in awe of his immense courage, dignity and the time he gave to all fans. At this time we ask that I and our family be allowed to mourn his passing in privacy.”

Baylor was drafted by the Minneapolis Lakers in 1958 and went on to earn Rookie of the Year and the All-Star Game MVP.

He played 14 seasons with the purple and gold, appearing in eight NBA Finals, and he still holds the Finals’ single-game scoring record with 61 points against the Celtics in 1962.

Baylor never won a title, retiring at the beginning of the 1971-72 season before the Lakers went on to defeat the New York Knicks for the championship.

“I will forever cherish my days spent with him as a teammate; he was one of the most gifted and special players that this game will ever see, and he has never gotten his just due for what he accomplished on the court,” former Laker teammate and current Clippers’ consultant Jerry West said in a statement. “My deepest condolences to his dear wife Elaine and his loving family, and his many fans and friends. I loved him like a brother.”

After retiring as a player, Baylor coached the New Orleans Jazz and served as Vice President of Basketball Operations for the Los Angeles Clippers.

Condolences came in from around the league.

RIP to the NBA’s first high flyer, Lakers Legend, & Hall of Famer Elgin Baylor. Before there was Michael Jordan doing amazing things in the air, there was Elgin Baylor! A true class act and great man, I’ll always appreciate the advice he shared with me when I first came into the pic.twitter.com/khPRc73gqW

“RIP to one of the best to ever touch a basketball, Elgin Baylor,” posted Karl-Anthony Towns.
“Our game lost a pillar today. Rest in power to the great Elgin Baylor,” tweeted Chris Paul.
-->