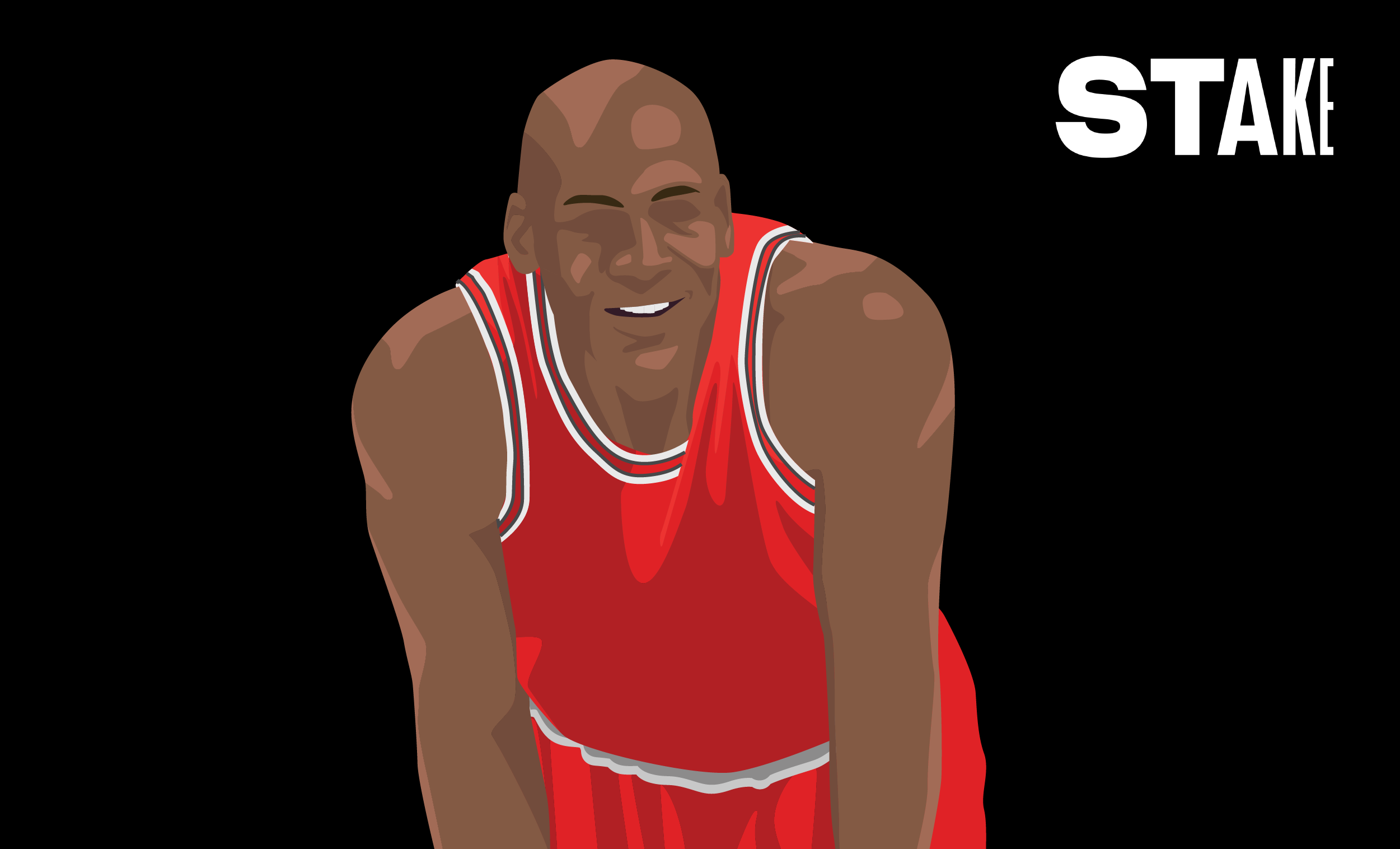 Join Stake using code BASKETBALLFOREVER and fund your account to receive a free share in either Nike, Dropbox or GoPro.

It would be reasonable to assume that Michael Jordan must have earnt an obscene amount of money playing for the Chicago Bulls. But really, by modern NBA standards, Jordan didn’t earn anywhere near as much as you might think.

It wasn’t until MJ’s final two seasons in Chicago that his earnings really kicked into gear, thanks to a much larger salary cap. Jordan earnt 65 percent of his career salary across those two seasons, taking home $63.3 million in that time.

But of course, the Bulls were hardly Jordan’s only source of income.

In 1984, he signed a five-year, $2.5 million deal with Nike, which was not a lot due to Nike being a small, upcoming company amongst big names like Adidas and Converse.

But thanks to Jordan, the deal turned out to be one of Nike’s greatest ever investments, with Jordan Brand bringing in $3.1 billion in yearly wholesale revenue 35 years later.

The deal panned out rather well for MJ too, whose estimated annual cut is $130 million, almost double what he earnt in his final two years playing for the Bulls.

And just like Mike, you too can invest in some of the biggest companies like Nike thanks to US brokerage platform Stake. Better still, sign up using code BASKETBALLFOREVER and fund your account to receive a free share in either Nike, Dropbox or GoPro.