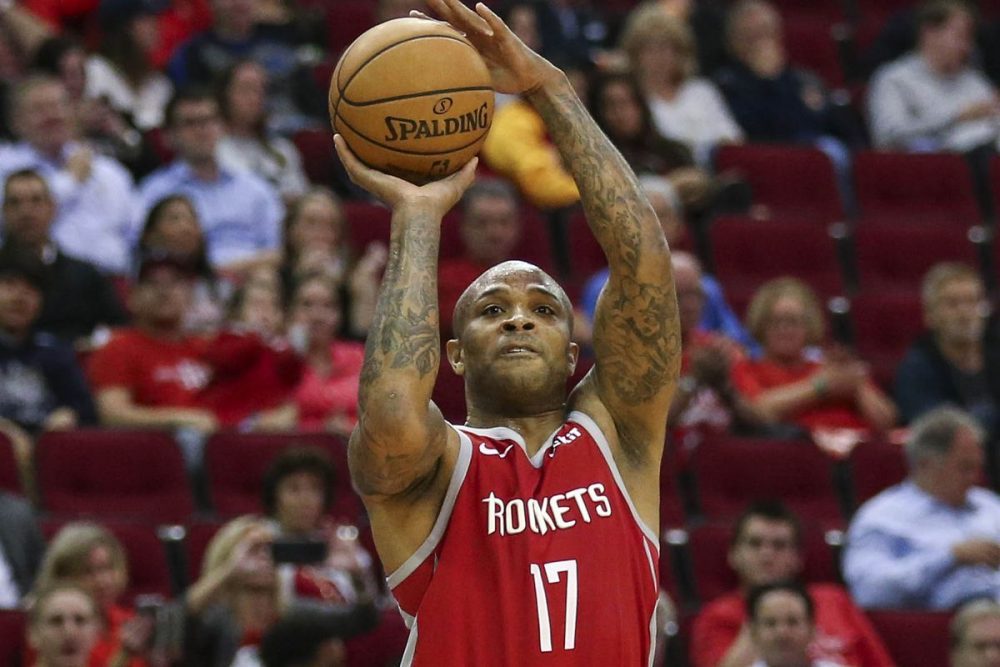 Veteran 3-and-D player PJ Tucker was traded from the Houston Rockets to the Milwaukee Bucks.

Tucker and Rodions Kurucs are headed to Wisconsin after both teams agreed to a deal on Wednesday afternoon, according to ESPN’s Adrain Wojnarowski.

In return, the Rockets get veteran DJ Augustin and DJ Wilson, and the Rockets and Bucks will also swap future first-round draft picks.

Sources: Houston is trading PJ Tucker, Rodions Kurucs and Bucks’ 2022 first-round pick back to Milwaukee for DJ Augustin, DJ Wilson and 2023 unprotected first-round pick. Houston also gets right to swap its 2021 second-round pick for Milwaukee's FRP pick unless it falls 1-9.

Milwaukee then sent forward Torrey Craig to the Phoenix Suns.

According to ESPN’s Bobby Marks, the deals today will save the Bucks roughly $3 million in cap space.

They now have 2 open roster spots.

PJ Tucker is extension eligible for 2 years-$17M with Milwaukee.

Tucker has only averaged 4.4 points and 4.6 rebounds in his fourth season with Houston.

The 35-year old, who has been in the league since 2006, is set to hit free agency this summer.

Augustin has averaged 6.1 points in about 19 minutes per game this season in Milwaukee, mostly off the bench.

Tucker looks to play for a championship after several cracks at the title in Houston.

He will earn his two-year, $17 million extension through his typical grit and passion.

Meanwhile, Craig heads to a Phoenix team that needs frontcourt help after spending the last three years with the Denver Nuggets.