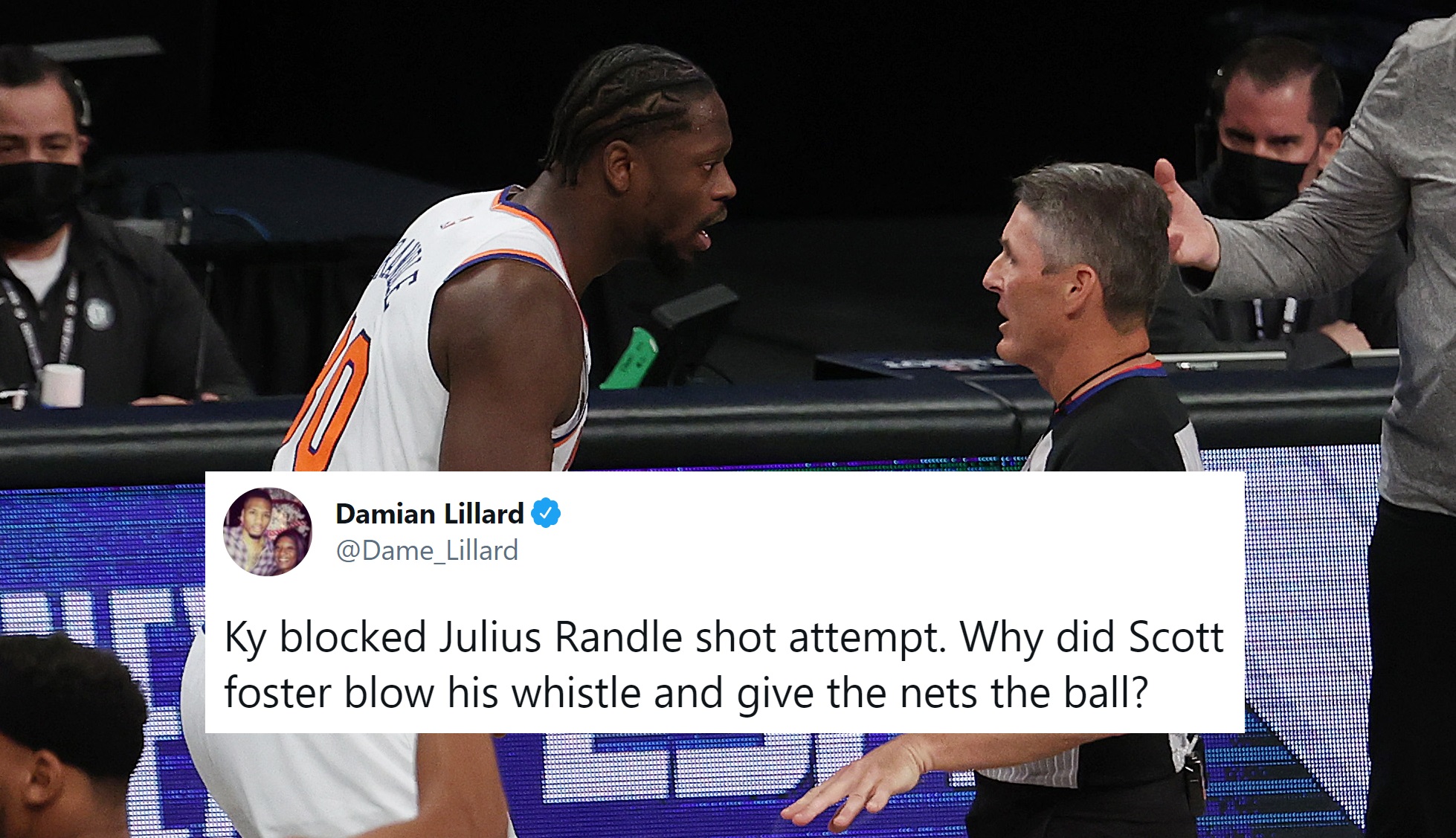 Here’s how it ended:

Julius Randle was called for a travel down 3 and under 5 seconds remaining.

Nets hold on to beat the Knicks. pic.twitter.com/VssyVvtzOr

When I go to war, I’m going with Julius Randle. pic.twitter.com/69ppgQ4cOT

Ky blocked Julius Randle shot attempt. Why did Scott foster blow his whistle and give the nets the ball?

Brooklyn going into the 2nd round after a 7-game series against the Knicks pic.twitter.com/EHCvMOnnQx

if the knicks learned anything from what happened with Amare in this same situation GET ALL FIRE EXTINGUISHERS OUT OF THE KNICKS LOCKER ROOM BEFORE RANDLE GETS THERE WE NEED HIM.

It’s time to put Kyrie in the MVP conversation

And somehow they still got the biggest call wrong. pic.twitter.com/aOGHU4UFv2