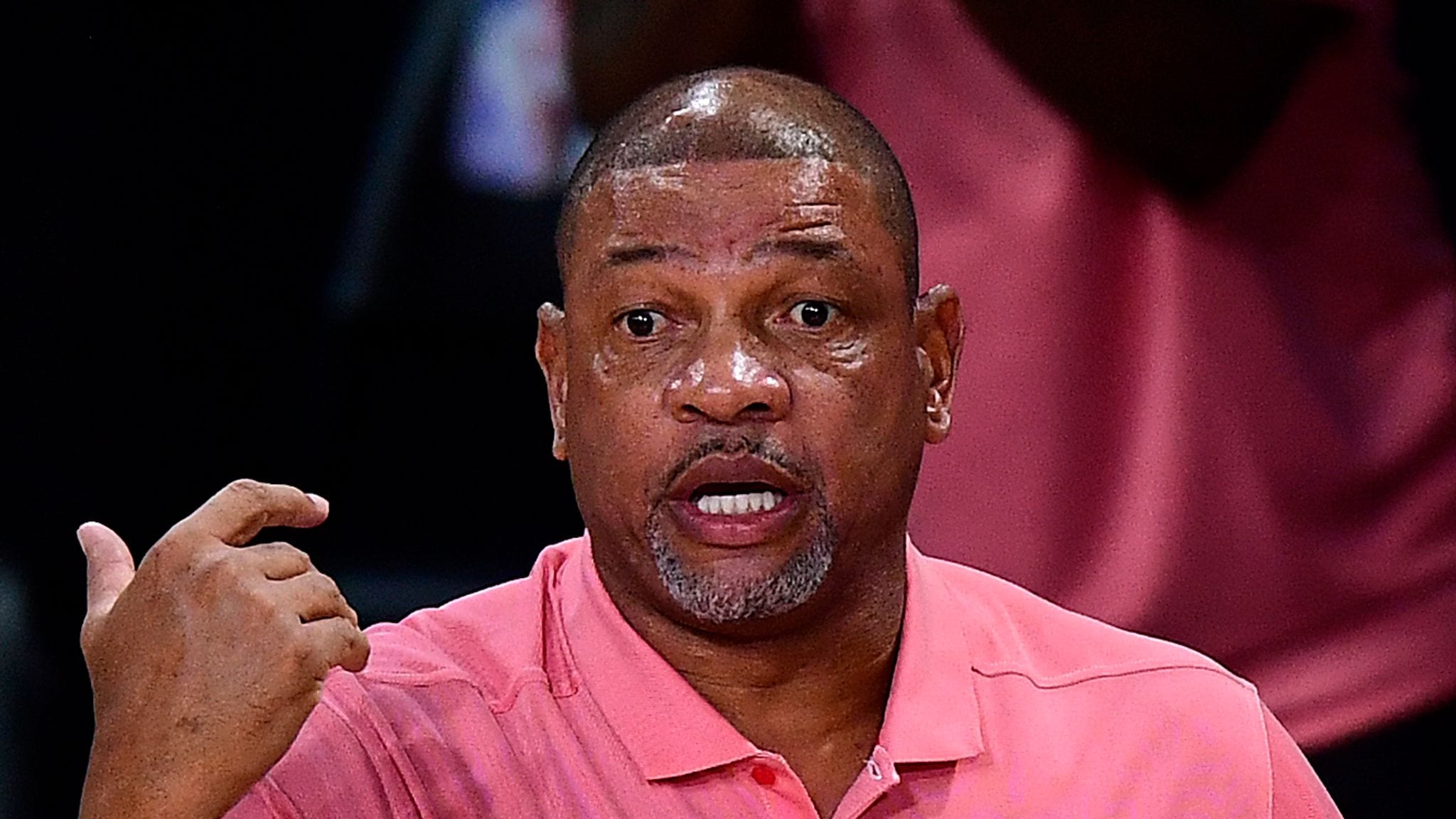 Forget who’s the G.O.A.T, the new debate in NBA circles is who should replace Jerry West as the league’s logo, and coach Doc Rivers says that player is Michael Jordan.

Speaking on The Rich Eisen Show, Rivers said he didn’t think the logo needed to be changed, but if it were, Jordan’s silhouette should be used.

“Michael Jordan would be the logo. Listen, if you want a logo, Michael to me would be it. But I don’t know if you change for change. You usually change things because of history, and you find something out that doesn’t fit. Jerry has been a deserving logo, and I have no problem with him continuing to be the logo.”

“I mean what are we going to do, change the logo every 10 or 20 years?” asked Rivers. “So, I like our logo and I think we should probably stick with it. I am probably in the minority in that thought. This has nothing to do with cancel culture.”

Rivers comments were spurred by Kyrie Irving’s post last week, reasoning that Bryant should be the new logo.

Laker great Jerry West’s silhouette has been the NBA logo since 1969, but after Bryant’s tragic death last year, many have raised the issue of the Black Mamba replacing West as the league’s symbol.

For his part, West has said he has never been comfortable being the logo and would welcome the league to change it.

Jonathan Coleman, the co-author of West’s autobiography West by West: My Charmed, Tormented Life, said in a June 2017 interview, “The logo, this is not something he was at all seeking. It was Walter Kennedy’s [former NBA Commissioner] idea. Walter felt it was important to have a brand for the league. Jerry’s proud to be the logo, but it’s also embarrassing to him, in equal measure.”

Related Article:  Michael Jordan Is Confident in Science and the Upcoming NBA Season

At this point, fans can only assume, odds are the logo will be a Laker great.