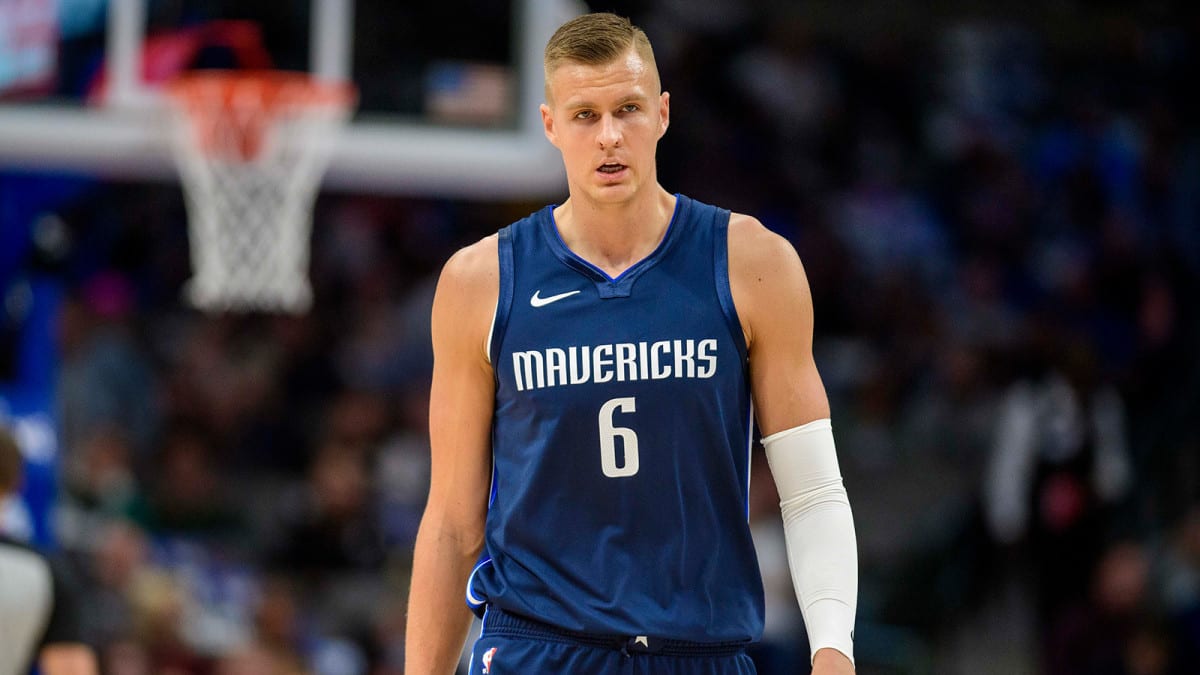 The Dallas Mavericks have begun questioning whether or not Kristaps Porzingis is the right second option to superstar Luka Doncic, according to reports made Monday from Jake Fischer of Bleacher Report.

“They’ve definitely sniffed around on him,” an assistant general manager told BR. “They’re taking the temperature, because they know at some point it’s gonna come around.”

The biggest issue for Porzingis has been his defense, specifically his decline from that side of the floor since his return from knee surgery on January 13th.

A few months back Porzingis, 25, was named second team All-Bubble after averaging 30.5 points, 9.5 rebounds, and 1.5 blocks per game, and was a huge factor for the Mavericks in their first round match up against the LA Clippers last postseason before a meniscus tear sidelined him.

Since the seven-foot-three center’s return, the Mavs have a -4.7 net rating when he’s on the floor.

“It looks like it’s impossible for him to get in a stance. He looks like a scarecrow out there,” one Western Conference executive told BR.

“You don’t expect him to necessarily be great from the jump, but I’ve watched Porzingis a couple of times this year, and I’m not sure the guy can guard anybody.”

The Mavs may want to look for some defensive help in their frontcourt to help Porzingis instead of trading him away.

The first name that comes to mind is Cleveland Cavaliers center Andre Drummond, but the two teams haven’t gained any traction in those talks.

For the meantime, the team has to think long and hard about what they are going to do going forward with Porzingis.

The former All-Star will not be an easy move with three and a half years left on a five year, $158 million deal.

“Who are teams you could in theory see going after him?” the Western Conference executive wondered.

At this stage the talks are nothing more than talks, but Porzingis, in his fifth year in the league, could find himself on the move once again since being traded from the New York Knicks.

However, the young star has the talent to get back on track, especially once his knee fully heals.