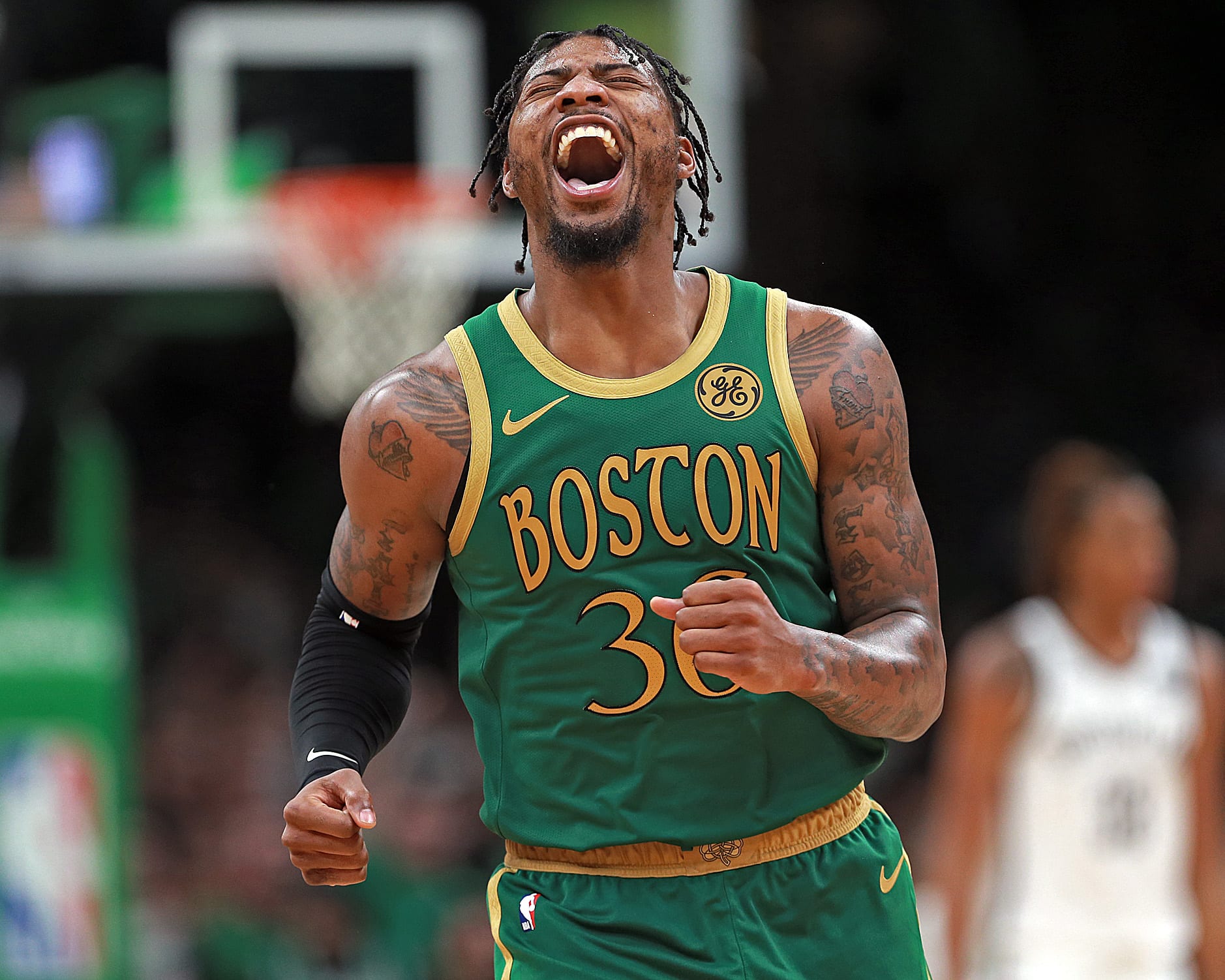 Boston Celtics guard Marcus Smart is likely going to be out until after the all-star break, per Adrian Wojnarowski of ESPN.

Smart suffered a left calf strain on January 30 in a 95-96 loss to the Los Angeles Lakers.

At first, it seemed as though Smart suffered an achilles injury, which likely would’ve ruled him out for the season.

But medical imaging confirmed Smart only suffered a calf strain.

Still, the Celtics are being cautious with the reigning All-Defensive First Team guard – despite the fact that they’re 5-6 without him.

Smart has been integral to the Celtics’ success since being drafted sixth overall by the team in 2014.

It will be hard to gauge the Celtics’ ceiling without Smart, which makes general manager Danny Ainge’s decision whether or not to make a trade all the more difficult.