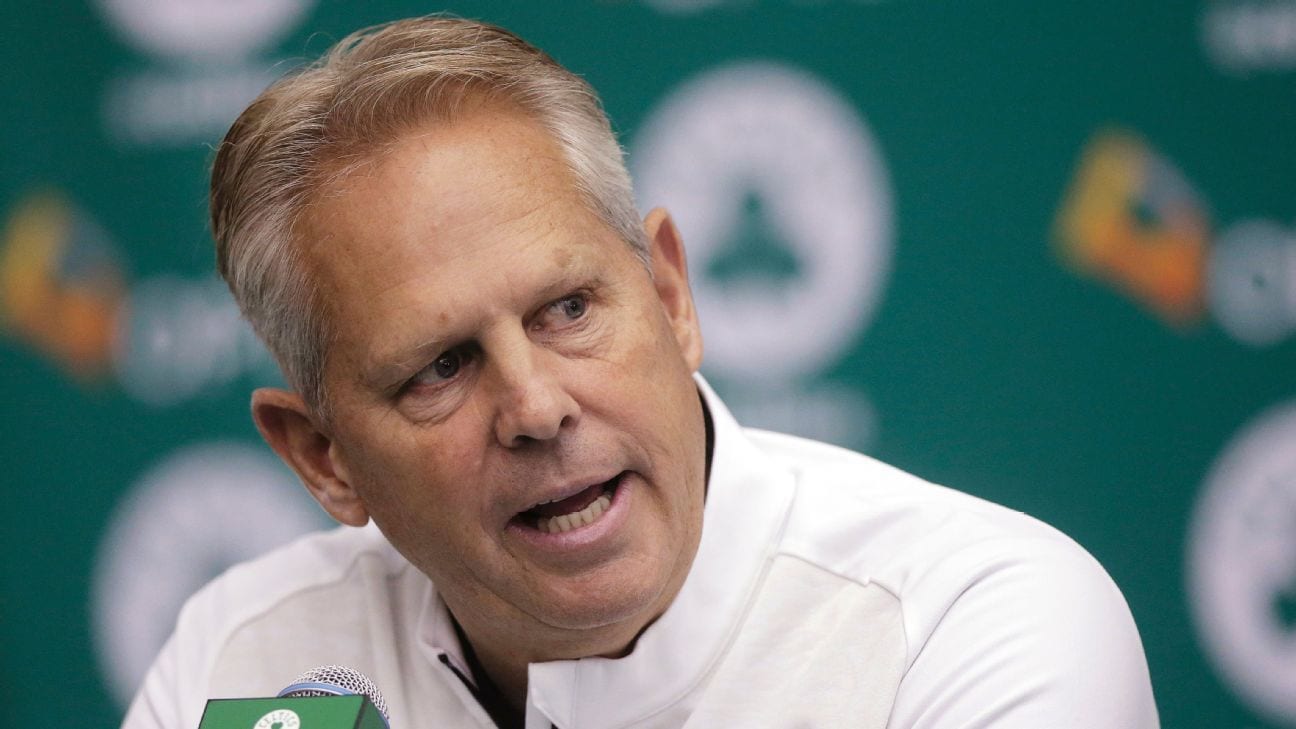 Danny Ainge, the Boston Celtics’ general manager and President of Basketball Operations, says his team’s roster is “obviously not good” after stumbling to a 14-14 start.

“This team, where we are, 14-14, if there’s somebody to blame, this is Danny Ainge to blame. This is not Brad Stevens. It’s not Jayson Tatum or Jaylen Brown. It’s like not good enough right now. And we all know that. And, you know, we need to get better.”

Ainge has been known to shield blame from Celtics’ head coach Brad Stevens and the team’s star players in the past, so it’s not surprising to hear him double-down on that sentiment here.

But what is surprising is that Ainge suggests the Celtics, as currently constructed, do not have a chance at winning a title.

When asked by the show’s hosts if he believes the Celtics can win a championship this year, Ainge bluntly said “I do not.”

Over the past few weeks, the Celtics have been rumored to have interest in trading for Sacramento Kings’ wing Harrison Barnes, Atlanta Hawks’ forward/center John Collins, and Cleveland Cavaliers’ center Andre Drummond.

Ainge, widely referred to as “Trader Danny,” has just about five weeks to make a deal before the trade deadline.