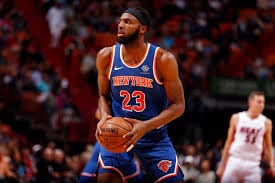 The New York Knicks are going to be without starting center Mitchell Robinson for four to six weeks.

Adrian Wojnarowski of ESPN reports that Robinson will have surgery to repair the fourth metacarpal on his hand, which he broke in the Knicks’ 109-91 win over the Washington Wizards on Friday.

The Knicks have team control over Robinson through next season – and despite the fact that he’ll miss considerable time over the coming months, there’s little chance they’ll pass on his $1.8 contract million option.

Robinson will reportedly have surgery at the Hospital for Special Surgery in New York next week.