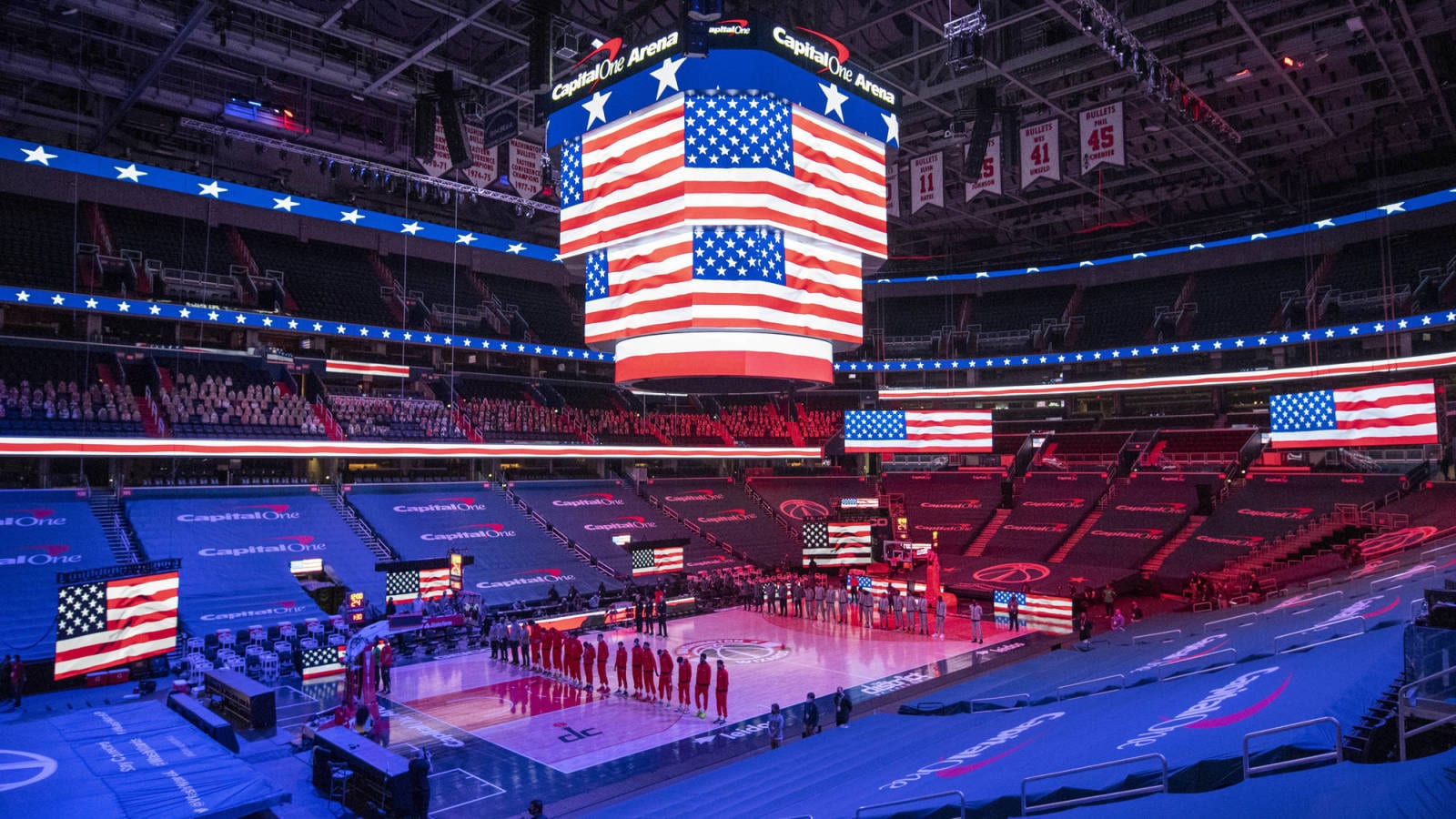 The NBA will enforce the playing of the national anthem prior to tip-off at all home games.

The announcement came after Mavs owner Mark Cuban made public comments about his team not playing the anthem during pre-game at American Airlines Center.

The league took notice and said that the NBA expects all teams to follow league policy and that they expect all teams to play the anthem prior to tip-off.

The Mavs have played 13 home games and in all of those games the anthem did not sound off.

However, no one took notice of this until Monday when limited fans were allowed to be in attendance.

Cuban confirmed to The Athletic that the decision to not play the anthem was his.

While being one of the league’s more vocal owners, Cuban said the Mavs will abide by NBA policy moving forward.

Mark Cuban and the Dallas Mavericks will resume playing the Anthem tonight vs. Atlanta. Statement from Cuban, in part: “The hope is that those who feel passionate about the anthem being played will be just as passionate in listening to those who do not feel it represents them.” pic.twitter.com/XnXpd8ThlW

Cuban explained that he respects the anthem and that he always places his hand over his heart when it is played.

However, he also said he hopes people who “feel passionate about the anthem being played will be just as passionate in listening to those who do not feel it represents them.”

Those sentiments by the Mavs owner will be tested Wednesday evening as the Dallas Mavericks host the Atlanta Hawks at the American Airlines Center.

Barring any last-minute changes by the Mavs owner, the team will be expected to play the national anthem.

The NBA has been at the forefront of tackling social issues and has demonstrated its support for the Black Lives Matter movement.

As minor as it may seem, the anthem could be another test for the league and how fans react to the decision.