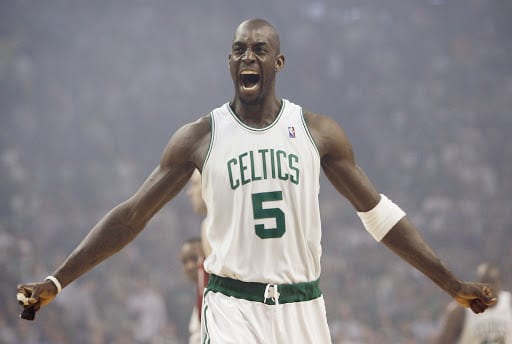 Few players in NBA history have expressed as much veneration for the game of basketball as Kevin Garnett.

Garnett, a 15x all-star, NBA champion, and soon-to-be Hall of Fame inductee, once said “I remember hearing a story of when they [some players] got tired of staying in some of the crappy hotels, and Jerry West and Wilt Chamberlain and some of the older players took a stand.”

That point is perhaps more pertinent today than it was ten years ago when Garnett said it.

In many ways, Garnett was making a point about how some players tend to be hyper-critical of other generations of players.

Contrarily, Garnett has done the opposite.

Garnett spoke about his thoughts on the current generation in an interview with David Marchese of The New York Times.

“Steph Curry revolutionized things with being able to shoot it from distance with such consistency,” Garnett said.

“Klay Thompson. Dame Lillard. These guards changed the game. I don’t know if even the guards from 20 or 30 years ago could play in this time right here. It’s creative. It’s competitive. It’s saucy. You’ll get dropped! A [expletive] will cross you over and break your ACL these days. The game is in a great place.”

No matter how you feel about the current state of the NBA, there’s no denying that the game is ever-evolving.