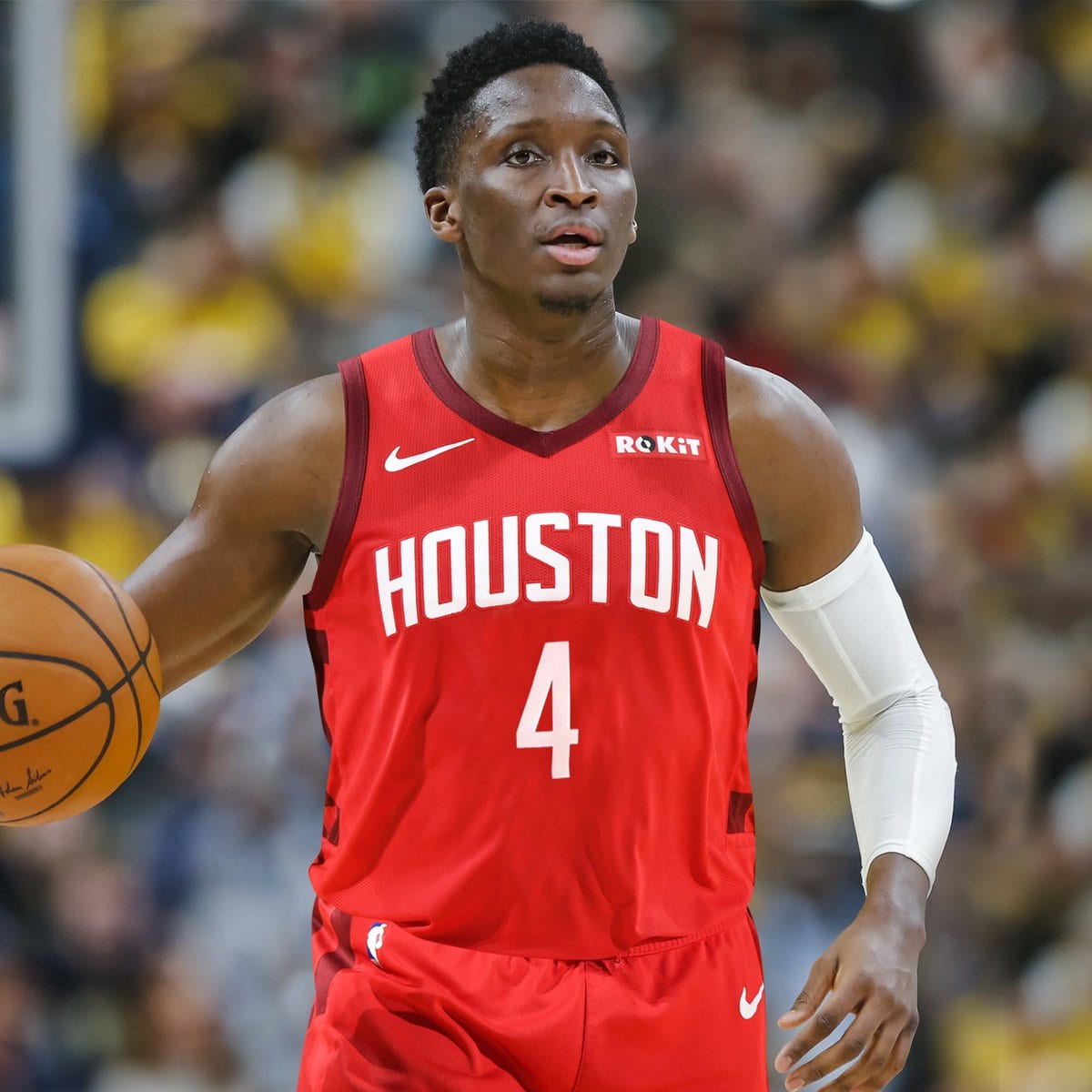 The New York Knicks are interested in trading for Houston Rockets guard Victor Oladipo, per A. Sherrod Blakely of Bleacher Report.

Oladipo was recently traded to the Rockets as part of the four-team, James Harden blockbuster deal.

It’s widely been speculated that Houston acquired Oladipo in order to flip him for more assets at the trade deadline – but stellar play from center Christian Wood and guard John Wall has made the team into a playoff contender.

Still, Sherrod Blakely says the Knicks are interested in acquiring the two-time all-star.

“League sources say the Knicks are among the teams interested in Oladipo and will be closely monitoring the impending free agent’s play leading up to the deadline and beyond if he’s not moved by then,” Sherrod Blakely reported.

The Rockets have been rolling since Oladipo arrived though; winning six out of eight and four in a row.

It seems unlikely the Rockets would receive much for Oladipo (who’s in the last year of his contract).

Ultimately, if any team trades for Oladipo, it’ll be because they’re more willing to pay him a max contract than the Rockets are.

But for now, the Rockets seem just fine keeping their newly acquired star in Houston.