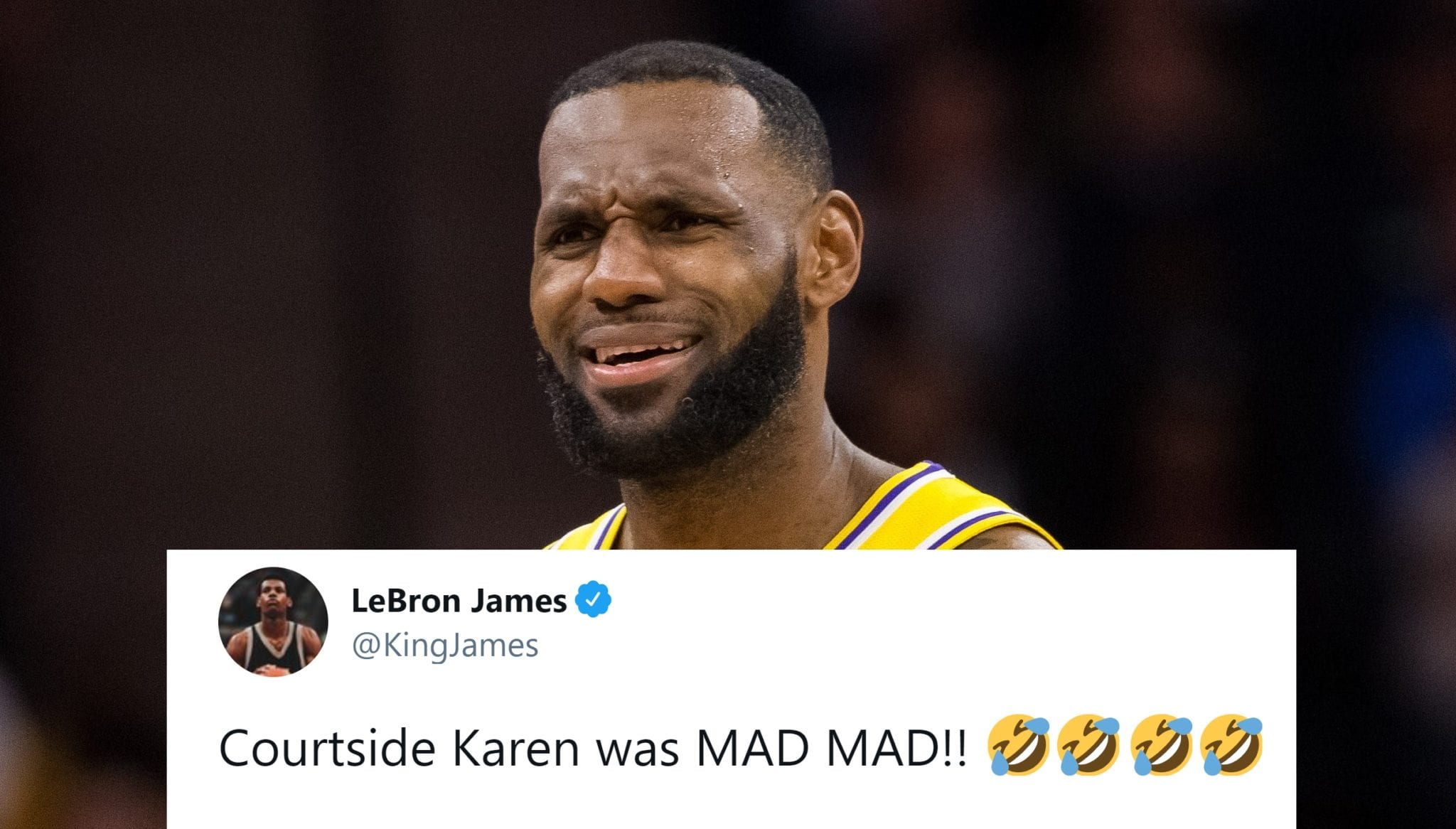 Two fans at Monday’s game between the Atlanta Hawks and LA Lakers were kicked out of the arena after getting into a verbal altercation with LeBron James that was severe enough to halt play.

Footage of the shouting match between James and the fans quickly went viral, but it wasn’t until after the game that one of the women involved explained her side of the story.

Posting under the name ‘julianaacarlos’ on Instagram, the woman said she was kicked out after ‘talking s**t’ to James, who she claimed had stared down her husband.

“LeBron James looked at my husband during the game and cussed him out,” she said.

James said he didn’t believe the fans should have been escorted from the arena, but did say he thought the group might have been drinking.

“There was a back and forth between two grown men, he said his piece, I said my piece, then someone else jumped into it and said their piece.

“I don’t think they should have been kicked out…but they might have had a couple of drinks maybe, and they could have probably kept it going during the game and it wouldn’t have been about the game no more.

“I think the referees did what they had to do.”

The fan incident in Atlanta was LeBron’s second run-in with someone sitting courtside in the past seven days.

James stared down a Cavs staff member who celebrated over-enthusiastically after he missed a shot at the end of the third quarter of last Monday’s matchups between the Lakers and Cavs in Cleveland.

LeBron went on to score 21 points in the fourth quarter that night (46 overall) in a stunning win over his old team.

And despite the extra-curricular activities that occurred in Atlanta on Monday, James and the Lakers withstood a spirited comeback from the Hawks to hold on for a 107-99 win.

LeBron finished with 21 points, seven rebounds and nine assists as the Lakers improved to a league-best 16-6 record.