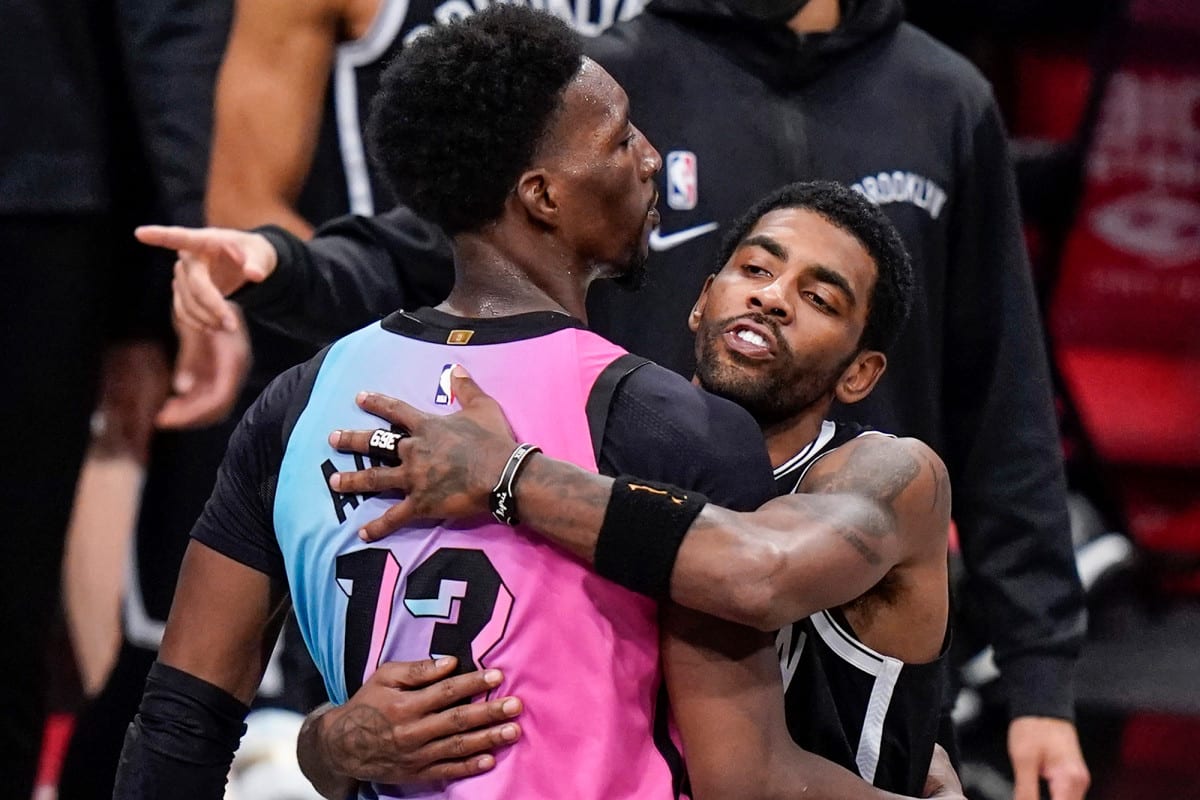 After the Brooklyn Nets’ 128-124 over the Miami Heat, Nets guard Kyrie Irving asked Heat center Bam Adebayo to swap jerseys –but they were stopped by a Heat security member before they were able to do so.

Some teams have taken a laissez-fare approach to the new rule – but the Miami Heat evidently have not.

In the video, Irving can be seen grabbing at Adebayo’s jersey, presumably suggesting that they should swap jerseys as players often do.

But within seconds, a Heat security member swooped in and stopped the swap.

Of course, the whole situation seems a bit ridiculous considering the fact that both players were in close-contact minutes prior.

At the end of the video, Adebayo can be seen motioning to his jersey, seemingly to suggest he’d send it to Irving.

The NBA is taking COVID-19 seriously – as they should – but one’s left to wonder if post-game jersey swaps are really the reason for viral transmission, not close-contact sweat and spit emissions that travel freely in NBA games.