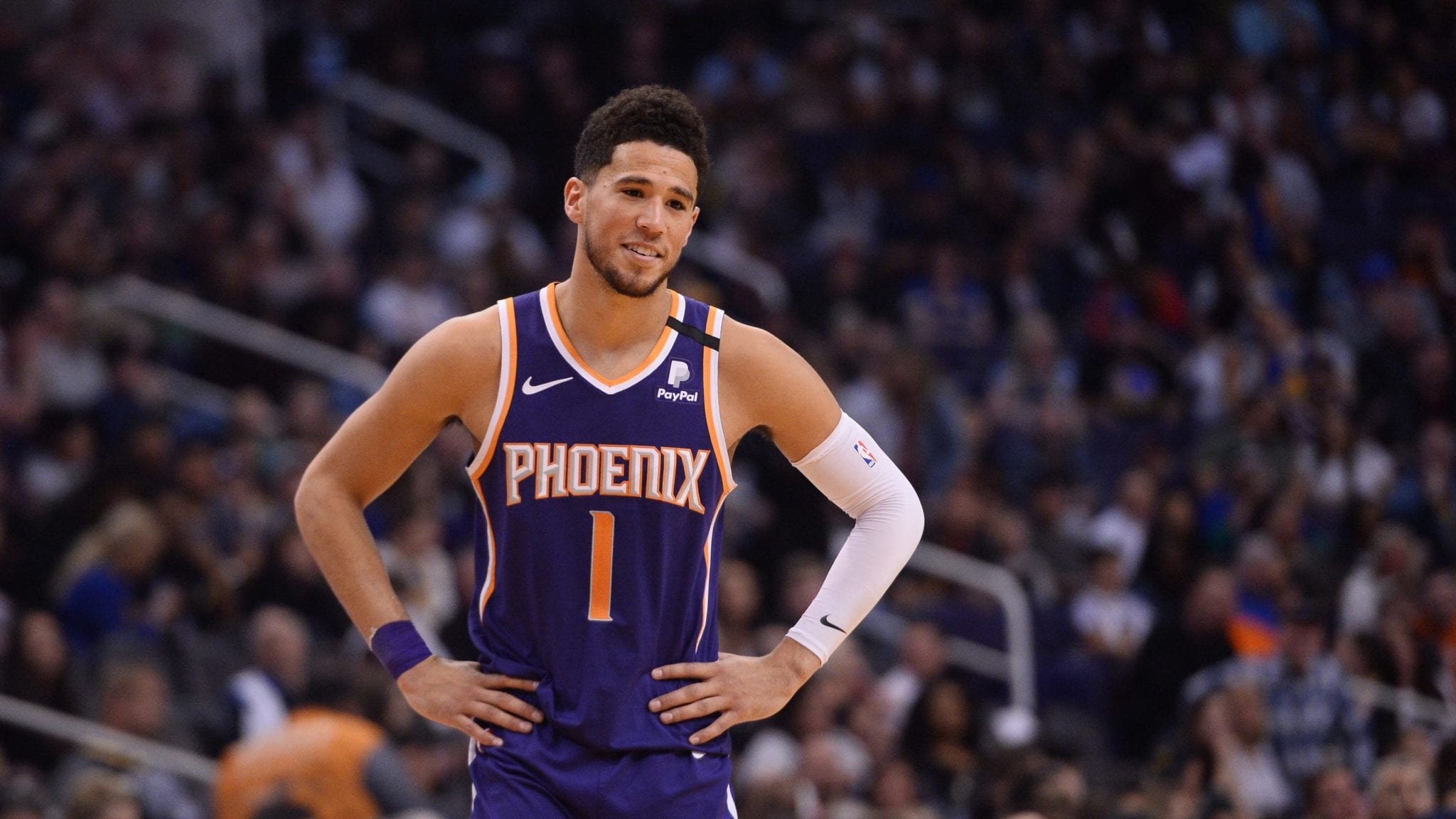 Phoenix Suns All-Star guard Devin Booker sat out Saturday’s game against the Denver Nuggets after hurting his hamstring in an overtime loss on Friday night.

The Suns’ guard injured his left hamstring with about two minutes left in the overtime period, also against the Denver Nuggets.

Booker, in his sixth year, got hurt after landing awkwardly going for a rebound.

The 2015 first-round draft pick walked slowly to the bench and didn’t play during the final possessions, where the Nuggets rallied for a 130-126 win.

Suns’ coach Monty Williams said that Booker’s hamstring was sore and his status for the next week is uncertain.

The Suns don’t have a game on their schedule until Wednesday when they host the Oklahoma City Thunder at home.

Booker is the Suns leading scorer, with an average of 22.9 points per game.

On Friday, he scored 31 points.

Coach Williams said he wasn’t sure who would take Booker’s starting position while he’s out, adding that just one player couldn’t replace his production.

In Friday’s game, Cameron Payne replaced Booker when he went to the bench in overtime.

Payne is averaging seven points and about 17 minutes per game.

Phoenix is off to an 8-6 start this season and is trying to make the playoffs for the first time since 2010, when they made the Western Conference Finals.

Devin Booker will look to work his way back and build on a good start to the 2020-21 season.