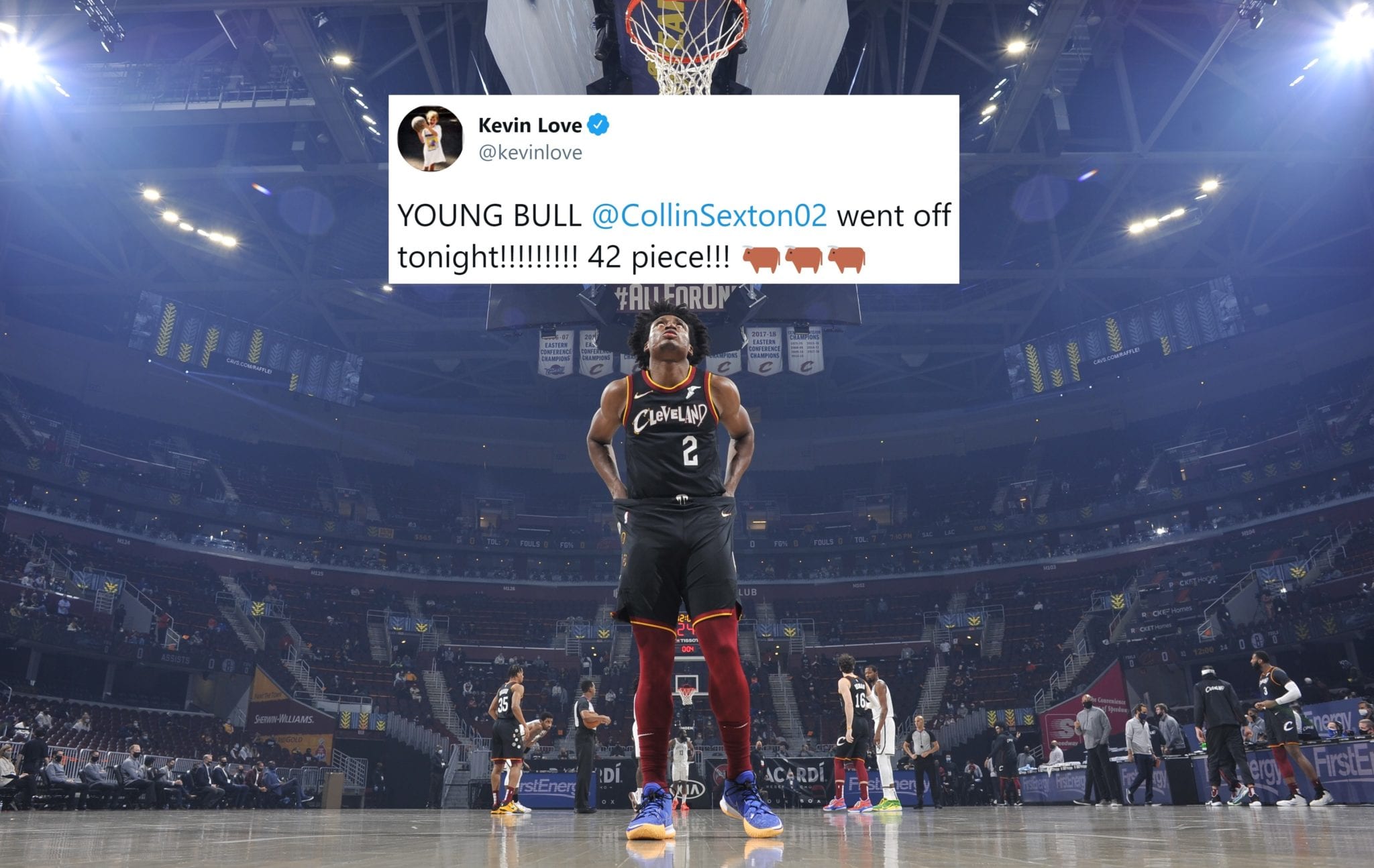 While the intrigue heading into this game surrounded Kevin Durant, James Harden and Kyrie Irving joining forces for the first time, Sexton snatched the headlines with his blistering 42-point performance, with 22 of those points coming across the two overtime periods.

It was a truly stunning display, with Sexton at one point scoring 20 consecutive Cleveland points.

Here’s how NBA players around the league reacted:

Warned a lot of people about Sexton a while ago…btw J.B got the Cavs playing some inspiring basketball! Carry on…

Collin Sexton in OT vs. the Nets: pic.twitter.com/2vVZbPRWx1

we should have known the moment this happenedpic.twitter.com/wwz5s25v6H