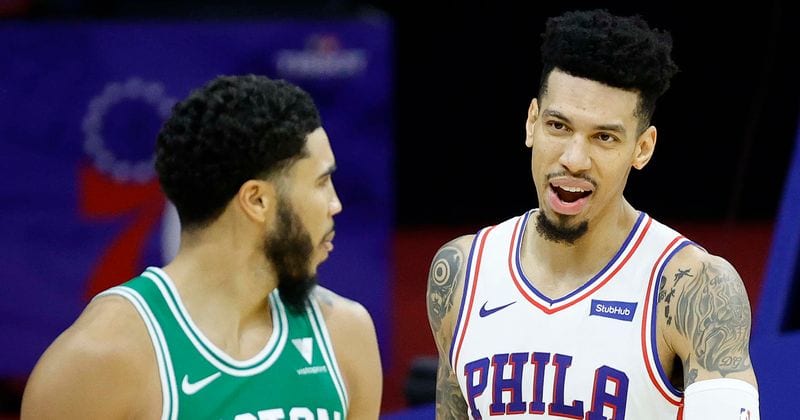 Green has only been with the team for a short time, but his opinion carries the weight of championship rings.

After winning with the San Antonio Spurs, Toronto Raptors, and the Los Angeles Lakers, Green now tries to infuse some championship spirit into a very talented Sixers squad.

But the 33-year-old guard is not the only person who has said Simmons needs to be more assertive.

Several players and pundits have called for Simmons to shoot more and expand his game to the point that could really tip things in Philly’s favor.

Without a shot, Simmons is already a top-15 player in the NBA, but he possesses the size and skill set to rank higher.

The veteran Green is aiming to push his new teammate more in shootarounds and hopes that will get his confidence up.

“I just think he has to be more assertive at certain times,” Green said at Tuesday’s morning’s shootaround. “Be more patient, but at the same time, trusting his abilities. Not just things he’s good at doing, but things that we know that he’s not used to doing and that’s shooting the jumper.”

One of Simmons’s obvious strengths at 6-foot-10 is his ability to attack the basket, something that new coach Doc Rivers has said he wants Simmons to focus on.

There have been videos of Simmons pulling up from three-point range and drilling those shots, but Green wants that shootaround confidence to show up in real games more often.

“I think he can shoot it pretty well,” Green added of Simmons. “I’ve been trying to get him to shoot it a little more here and there, but that’s a process in itself. Hopefully, we can learn the offense first and we’ll figure out his comfortability within the offense and expand his game a little more.”

Opposing defenses tremble in fear at a man his size streaks to the basket like a freight train and is also a gifted playmaker.

“I think now it’s just him grasping and understanding a system and forming into, which he’s not naturally, a point guard,” Green added. “He’s a great playmaker as Doc would say and he’s good at making plays, but he’s still learning how to put sets together, put people in places, which is going to be different for him. Especially with the new system

Danny Green and the Sixers look to continue improving against the Toronto Raptors on Tuesday at home.