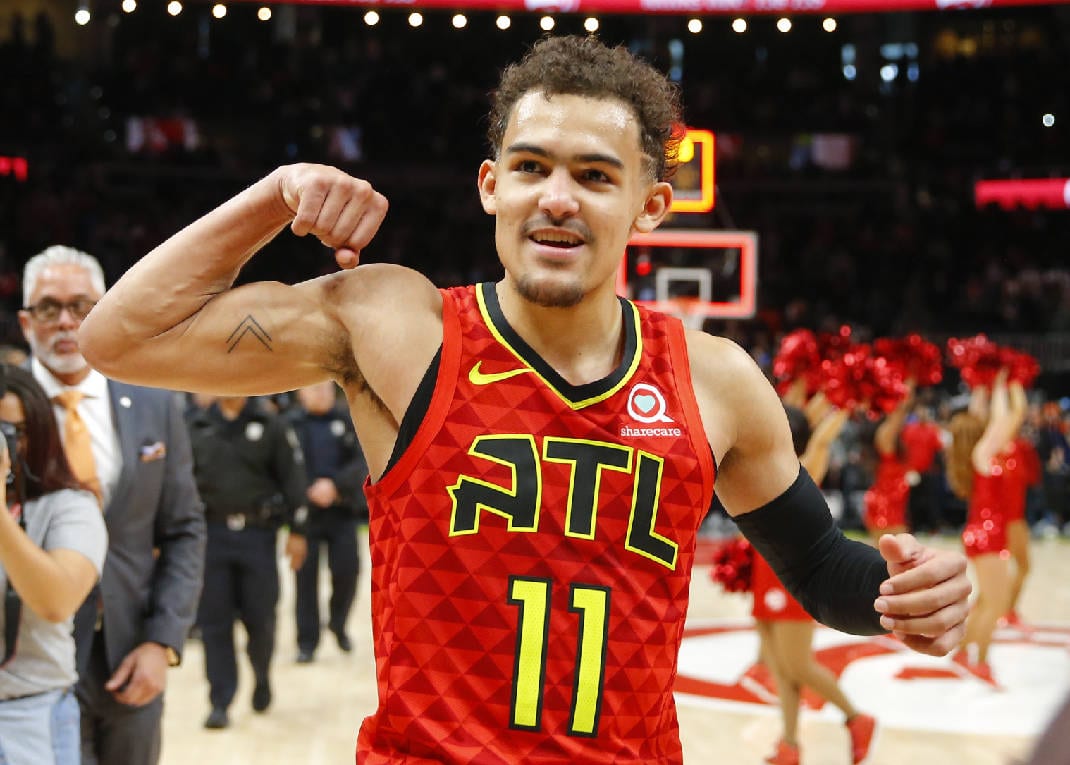 The Atlanta Hawks’ Trae Young took to Twitter accusing notorious tripper and Memphis Grizzlie Grayson Allen of purposely trying to tangle up their feet during a play in Saturday’s game.

Young was coming off a screen with Allen chasing behind when he stumbled.

Allen was known for intentionally tripping opponents while playing at Duke and was even disciplined by coach Mike Krzyzewski after several incidents.

The 6-foot-4 guard’s reputation has followed him into the NBA.

He and Young have gone at it before, and the Hawks’ star guard didn’t waste any time calling out Allen for the perceived act.

For his part, Allen made light of the incident.

Young didn’t respond directly to Allen’s comment and instead, let Jay-Z do the talking.

It wasn’t the first time the two third-year players have gone at it.

Young received a technical foul for shoving Allen in a pre-season game earlier this month, and the two were in a scuffle in a summer league game when they were rookies in 2018.

Regardless if Allen did or did not try to trip Young, the Hawks came out with a 122-112 win, and Trae scored a game-high 36 points and added nine assists.

The 2-0 Hawks take on the Pistons, and the 0-2 Grizzlies battle the Nets Monday night.