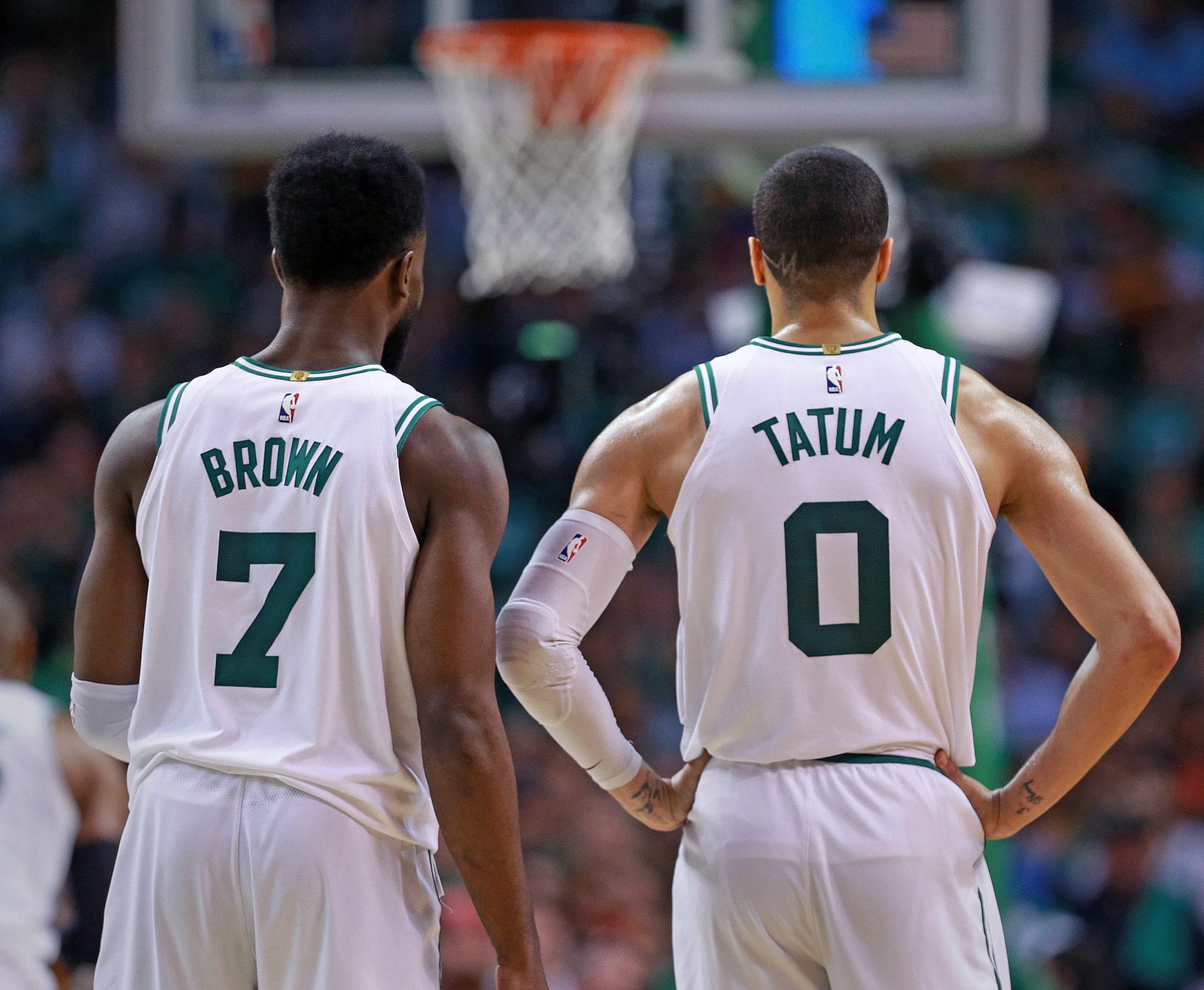 Jayson Tatum and Jaylen Brown became the first pair of Boston Celtics teammates to score 30+ points in a season opener on Wednesday in the team’s 122-121 win over the Milwaukee Bucks.

Brown led the way with 33 points, five rebounds, and four assists on 13-24 shooting from the field.

Tatum followed closely behind with 30 points and seven rebounds – as well as capping off the night with a game-winning three-point shot over reigning Defensive Player of the Year Giannis Antetokounmpo.

The Celtics entered the night without star point guard Kemba Walker who’s been nursing a knee injury since before the bubble.

“He’s a good offensive player, got his shot up, it was a well-challenged shot, well-defended shot, I guess we’re lucky it went in,” Stevens said, via Celtics.com.

“But it was a great game and presented a lot of situations that NBA basketball and playing against a good opponent provides.”

The Celtics will look to keep rolling on Friday in their Christmas Day matchup against the Brooklyn Nets.