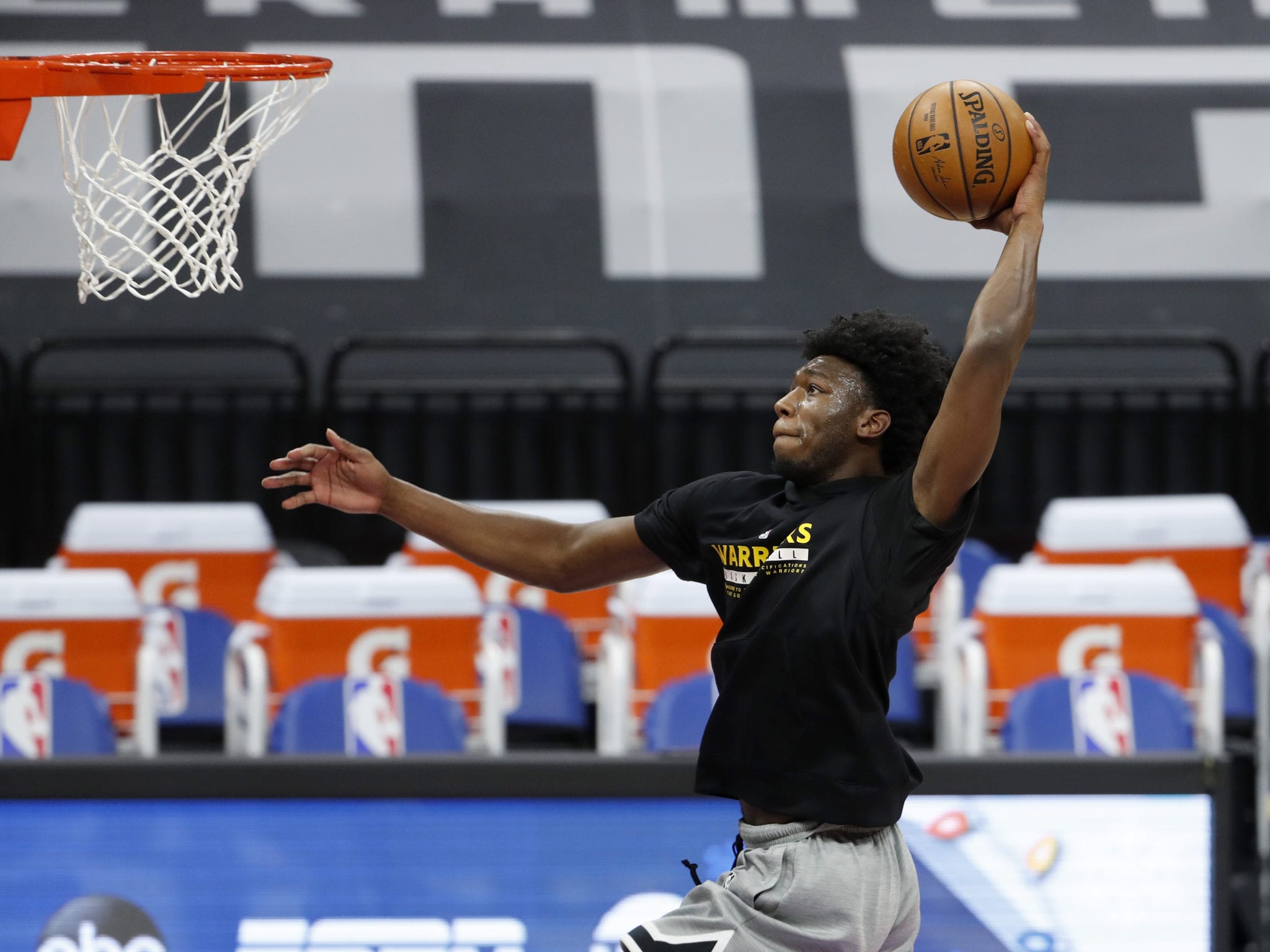 The Golden State Warriors appeared out of sorts on Tuesday in their 125-99 opening night loss against the Brooklyn Nets.

But if there was one silver lining to be found, it was rookie James Wiseman’s performance – playing in his first professional game.

Wiseman scored 19 points to go along with six rebounds in 24 minutes of play.

The 19-year old rookie from Memphis was drafted second overall by the Warriors after playing in just three NCAA games.

“I hate to show my age by using this expression, but he literally fell off the turnip truck last week and he went out and got 19 points in 24 minutes in his first NBA game,” Warriors head coach Steve Kerr said, via NBC Sports.

“He is so raw. There’s so far to go, in terms of calling out defensive coverages. The game’s slowing down for him so he can execute on both ends.

Kerr wasn’t the only one impressed with Wiseman’s performance – two-time NBA MVP and teammate Steph Curry was as well.

“Obviously, in the fourth quarter, he showed a little bit of his skillset, what he can do inside and out. Just getting him comfortable as possible as quick as possible. Twenty-four good minutes for him to start his career, that’s a good step for him individually.”

The Warriors will look to rebound on Christmas Day in a matchup against the Milwaukee Bucks.