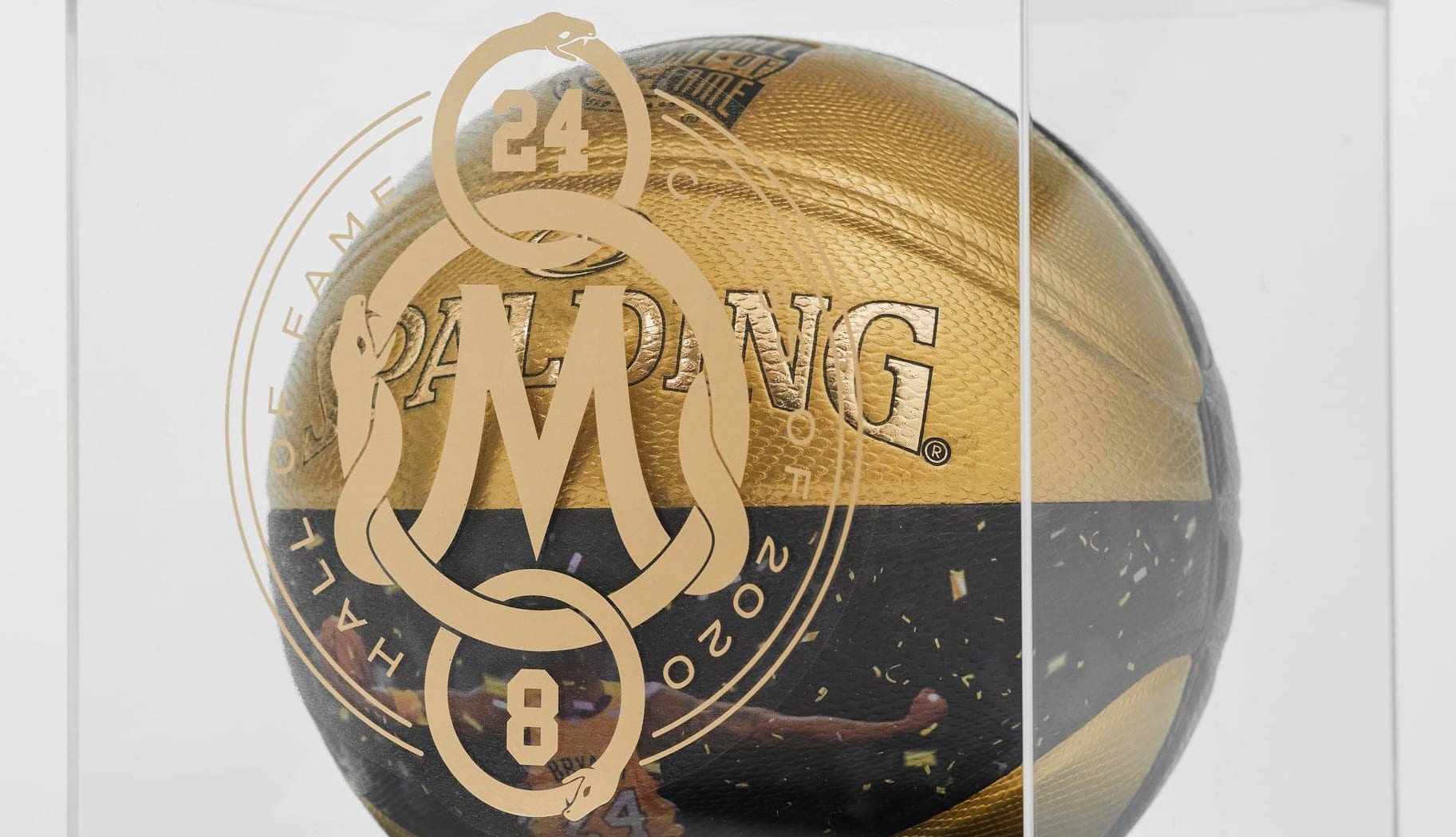 To honour the induction of Kobe Bryant, a legendary partner and one of the greatest players basketball has ever seen, Spalding is pleased to announce the Kobe Bryant 94 Series ‘Hall of Fame’ – a distinctive basketball creation for a distinctive player that captures both his timeless elegance and trademark ferocity. The Kobe ‘Hall of Fame’ ball is the last Spalding basketball ever designed with the help of Kobe himself. Only 2,408 were made globally, and 150 available in the Australia and New Zealand.

The ball – the newest member of the Spalding 94 Series family – features a two-toned channel-less design, the first in Spalding’s history, with full colour opposite sides in black and gold. The gold side features the iconic image of Kobe embracing the crowd after winning his 5th NBA Championship, the centrepiece of this trophy. With the Basketball Hall of Fame logo on top, and a stamp to formally confirm what we’ve always known: Kobe is one of the best to ever do it.

And while the gold half tells the story of Kobe’s accomplished career, the black half highlights the mentality that propelled him to the peak of his sport. A hand-drawn Mamba is coiled intensely, ready to strike at-will, as Kobe did in every game and every possession of his 20-year career. Gold foil accents and Kobe’s signature lie just beneath the Mamba, serving as a sign off to one of the greatest NBA careers of all-time and the ball that encapsulates it.

The custom premium display box accompanying this trophy, showcases Kobe’s signature once again, alongside the 18 All-Star nominations, 5 Larry O’Brien Trophies, 2 NBA Finals MVPs, and 1 regular-season MVP he amassed. The side of the box also features the Mamba and Mambacita Sports Foundation, which Spalding supports in honour of Kobe’s legacy and partnership.

The Kobe Bryant 94 Series ‘Hall of Fame’ is available on basketball’s 129th birthday, December 21, 2020, and in Australia is exclusive to spalding.com.au. The ball is in remembrance of one of the most unique and influential players in its history. Kobe chose this ball to celebrate this honour, and Spalding is humbled to celebrate it alongside you.