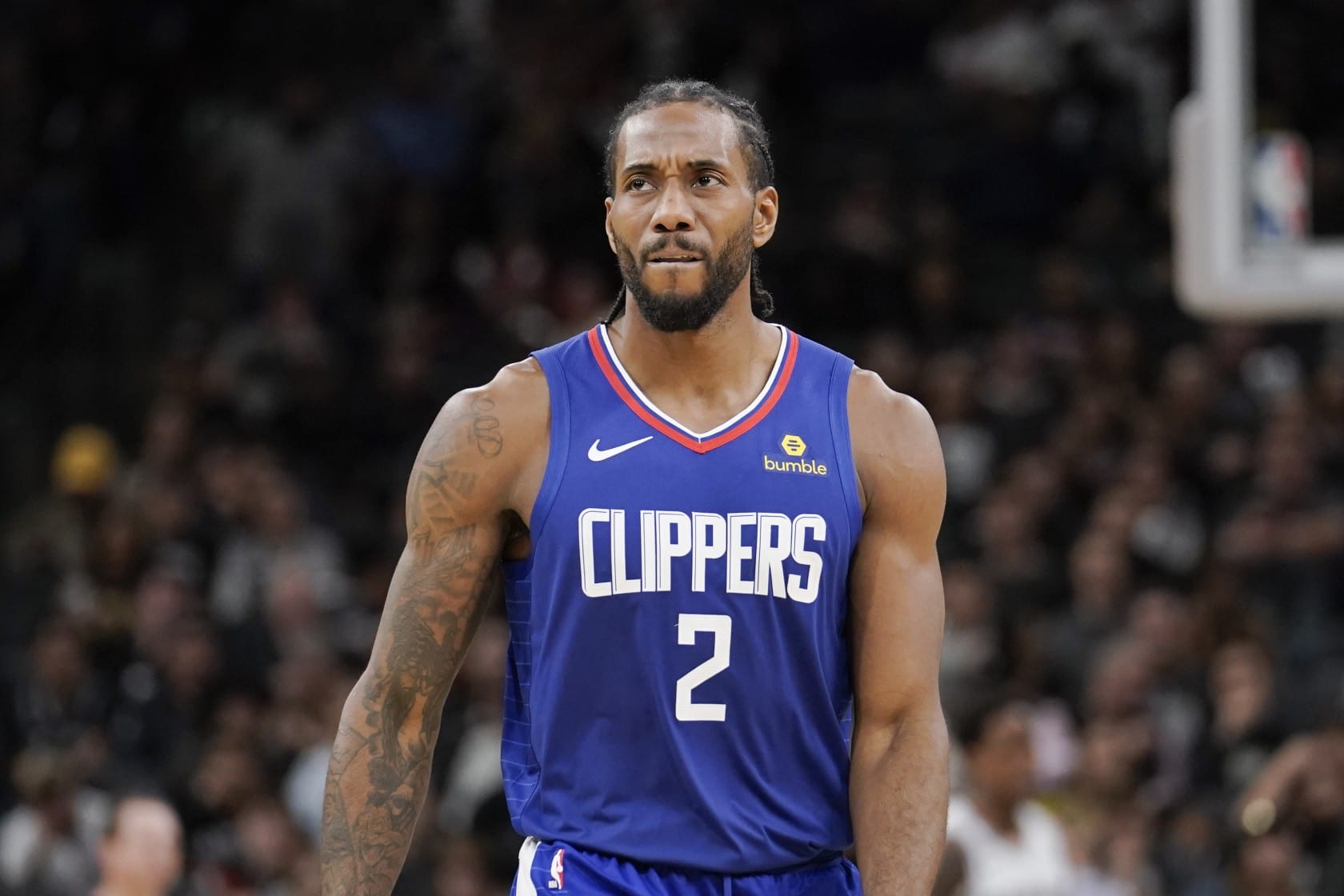 The NBA is investigating Kawhi Leonard and the Los Angeles Clippers on their recruitment practices from last summer.

Leonard, who signed in the 2019 offseason with LA, doesn’t anticipate the allegations to quiet down anytime soon.

“The Klaw” has denied a claim by Johnny Wilkes that Wilkes helped recruit the star to the Clippers and is owed $2.5 million for it by Clippers’ advisor Jerry West.

Kawhi addressed the allegations after the Clippers preseason game on Thursday night.

“Not at all. That has nothing to do with me coming here… I’m from LA. I grew up here my whole life. Out here, people try to find any way to get some money. It probably won’t be the last. I know a lot of people out here.”

“Not at all. That has nothing to do with me. Nobody swayed my mind to go [to the Clippers].

“I’m from L.A. I grew up here my whole life. Out here, people try to find any way to get some money. It probably won’t be the last. I know a lot of people out here.”

After winning the title in 2019 with the Toronto Raptors, Leonard decided to come to the Clippers.

Kawhi is from LA and attended San Diego State.

Wilkes filed a lawsuit in Los Angeles County Superior Court against the Clippers and West, claiming the team owes him $2.5 million.

According to him, there was an oral agreement for his work in recruiting the star.

Wilkes said in the lawsuit he met West at Staples Center in April 2019 and claimed that he was close with Leonard’s uncle Dennis Robertson so he could help the team get the star in free agency.

Among various claims in the lawsuit, Wilkes said he was vital to the Clippers landing Leonard and advised the team to trade for Paul George to entice him.

The league is now reviewing the situation, and if the Clippers are deemed guilty, the team could be fined $10 million and lose draft picks.

The Clippers denied the claims in the following statement:

Jerry West told TMZ that he was unaware of any lawsuit and that  “I deny engaging in any improper conduct in connection with the signing of Kawhi Leonard.”

Kawhi Leonard and the Clippers begin their quest for a title next Tuesday.