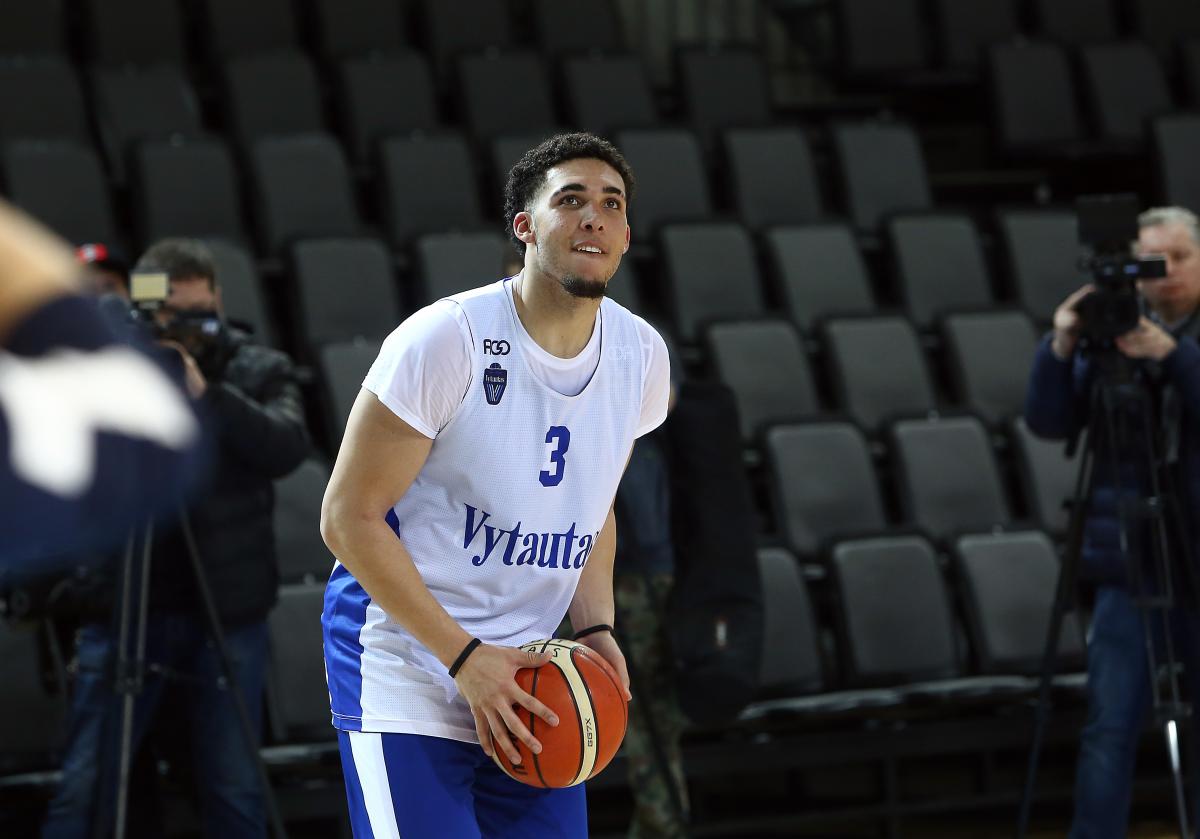 LaVar Ball is not too happy with the Detroit Pistons after the team decided to waive his son LiAngelo.

The Pistons made the announcement on Monday, the morning after their preseason victory against the New York Knicks.

Ball did not participate in either game for Detroit, as he was reportedly dealing with an ankle injury.

Anthony Lamb and Louis King were also among the cuts the Pistons made.

Unlike his two brothers, LiAngelo has struggled with his career since leaving UCLA.

Lonzo Ball is preparing to run it back with Zion Williamson in New Orleans, as a former No. 2 pick in 2017, and the youngest of the three, LaMelo Ball, was the No. 3 pick in this year’s draft and made his debut with the Charlotte Hornets.

He signed what is called an Exhibit 10 deal with Detroit on December 2nd.

The deal he signed is a minimum guarantee contract with a financial incentive if the player signs with the franchise’s G League team.

LaVar Ball was on Bleacher Report AMA on Monday, and of course, he was asked if he had any thoughts on the move.

Ball did not hold back.

“I definitely have thoughts on that. The people in Detroit are great. I love the fans, but the franchise over there is raggedy as hell. They don’t know a good player. I was giving them a Lottery pick for free! Has the skills to play and the notoriety to bring everybody to the game. How do you throw that out the window? They’re gonna learn the hard way. My boys are gonna end up together playing somewhere. Gelo can shoot the lights out. That was raggedy what they did. But hey, they’re gonna learn the hard way.”

In typical LaVar Ball fashion, he didn’t stop there.

The elder Ball thinks LiAngelo should sign with the Charlotte Hornets and bring on brother Lonzo as well.

He said he would “guarantee that franchise will win a championship” with the three Ball brothers together.

Ball will likely go back to the Pistons’ G League team, but due to the COVID-19 pandemic, the G League season may be canceled.

LiAngelo Ball was previously a member of the Oklahoma City Blue G League team as a practice player.

He worked his way to a contract but never got to play as the season was halted in March.

LiAngelo did play professionally in Lithuania with his younger brother LaMelo.