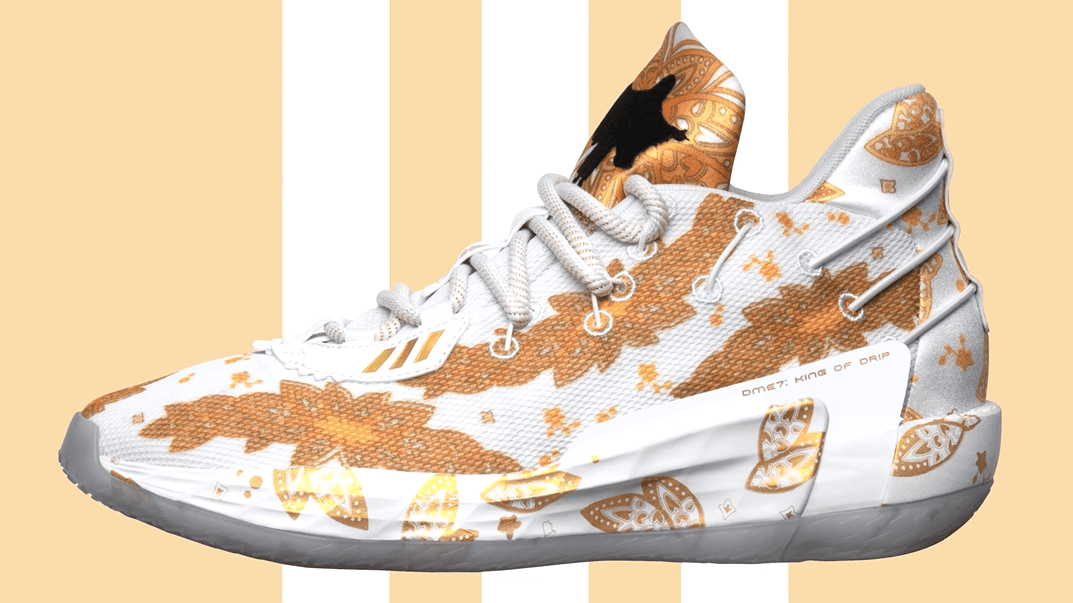 Damian Lillard is taking his love of wrestling to the next level with adidas Basketball announcing the Dame 7 Ric Flair.

Nicknamed the ‘Nature Boy’, Flair is one of the most iconic professional wrestlers of all-time, and as well as his exploits in the ring, is known for his eye-catching sense of style.

The wrestling legend was extremely excited about the release when announcing it on social media.

“Thank you adidas for the opportunity to show the world that stylin’ and profilin’ with Naitch and Dame is even cooler than being like Mike,” he said.

The shoe features a bold white and metallic gold scheme, a reference to Flair’s trademark robe, with the garb’s distinctive pattern featuring on the tongues and midsole.

2020 has been huge for Lillard’s sneaker line, with the unveiling of the Dame 7 and the Dame 7 Visionary in recent months.

The Dame 7 Ric Flair is available at footlocker.com.au and in selected Footlocker stores.