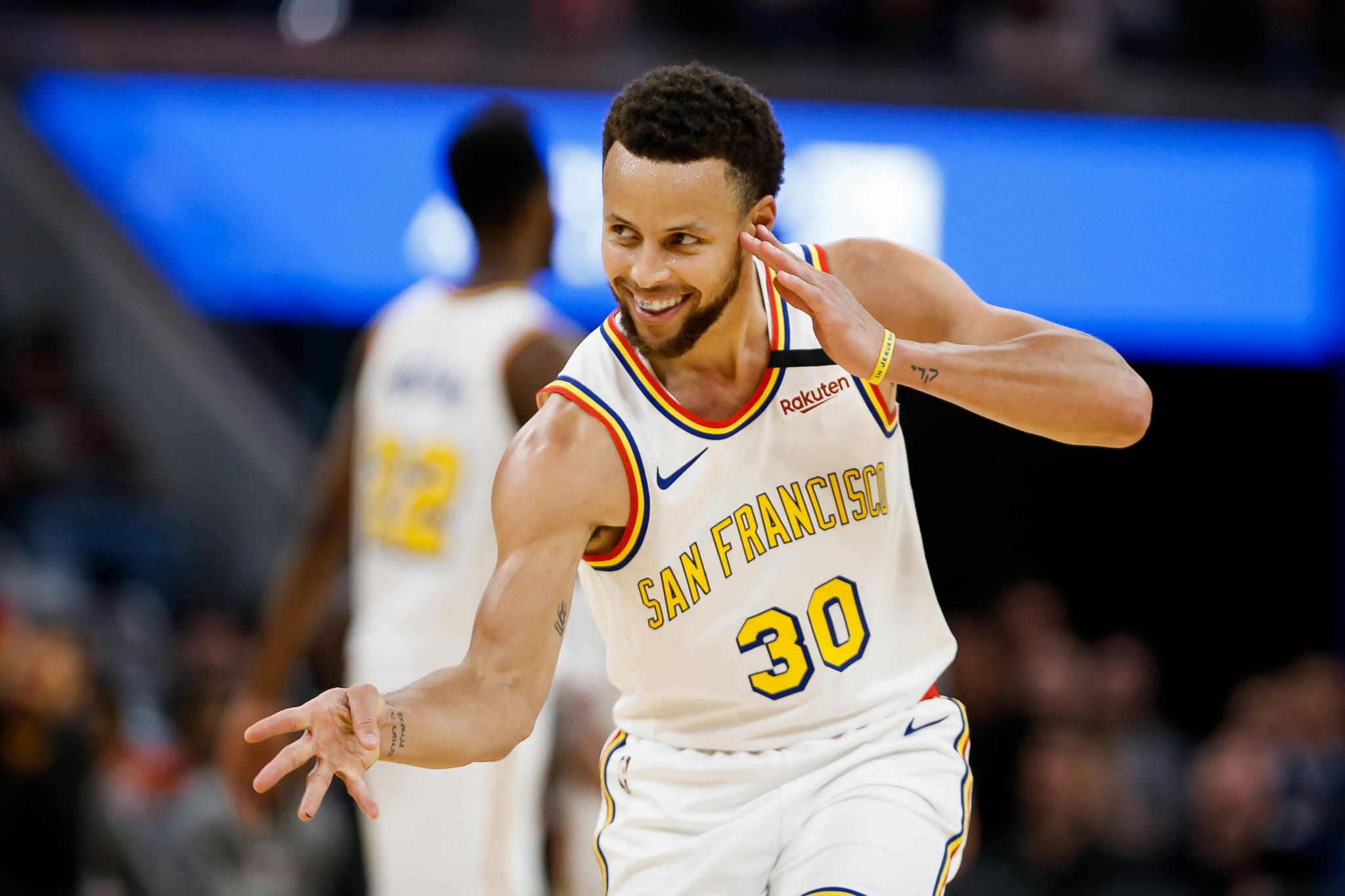 After nine months of wondering, watching, and waiting, Steph Curry and the Golden State Warriors were back on the hardwood.

Curry, who only played five games last season after breaking his left hand, and the Warriors defeated the Denver Nuggets 107-105 Saturday night at the Chase Center.

It was the team’s first game since NBA play was halted last March due to the coronavirus pandemic.

“It’s always just great to see him [Curry] out on the floor, and I think he looks really good physically, that’s the main thing,” said Warriors coach Steve Kerr. “He worked so hard in the offseason, and he’s in great shape. And now it’s just a matter of getting his timing and his rhythm down, but he’s definitely a sight for sore eyes.”

Curry scored 10 points in 21 minutes on 3-for-10 shooting, but he started the night off hot with a long-range bomb from the stands during warmups.

Steph and his pregame shots are BACK 🔥

The 11-year veteran heads into the 2020-21 season without his usual starting five, raising the question of how long it may take the team to gel.

“Honestly, I don’t know because I’ve had a solid, consistent core,” Curry said. “I think from Monday to now, we’re starting to talk about some of the patterns and some of the things that I’m used to, especially if I give up the ball. And knowing where open spots on the floor are. It will come. I don’t know what the specific answer to the question is, but it will come. … It’s just one of those things where you have to continue to communicate.”

Curry will be without fellow Splash Brother Klay Thompson, who is out for the second season in a row after tearing his Achilles and adjusting to new teammates Kelly Oubre Jr. from Phoenix and first-round draft pick James Wiseman from Memphis.

“I think with most players who come in, they’re not used to the second half of the possession,” said Kerr. “They’re sort of used to whatever the pattern is in the beginning. But as soon as maybe Steph gives up the ball, that’s when the action really starts the way we play. And that’s the tricky part for guys to figure out.”