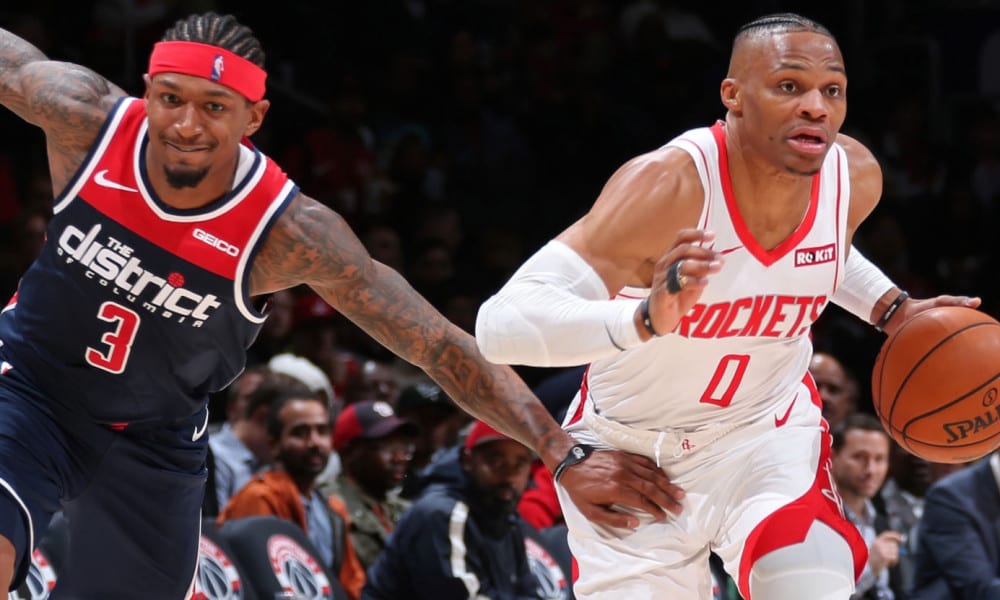 Bradley Beal of the Washington Wizards spent his first week with new teammate Russell Westbrook, and it’s so far so good for the new duo in D.C.

Westbrook, who was traded from the Houston Rockets for John Wall earlier in the month, has brought “a new energy” to Washington.

Beal has also said that he won’t judge Westbrook based on media reports, including his relationship with Kevin Durant.

Russ averaged 27.2 points and seven assists per game in Houston, his lone season there, and his 11th overall in the league.

Westbrook asked to leave Houston after the Rockets got bounced from the second round of the 2020 NBA playoffs by the Los Angeles Lakers.

As for Beal, he averaged a career-high 30.5 points and 6.1 assists per game in his eighth season.

Despite Westbrook’s history playing with other stars such as Durant and James Harden, Beal said he’s focused on the now.

In fact, he wants to figure out how he’ll fit with Westbrook as his newest star teammate.

“I’m not going to judge Russ off of his previous relationships with guys on other teams,” Beal said, via ESPN.

“I want to be able to put my foot in his shoes and be in the moment. I want to experience these things for myself … I’m expecting the same thing, for him to push me, get on me, and get the best out of me every night too.”

Bradley Beal will look to improve on an impressive season with the addition of Westbrook to Washington.