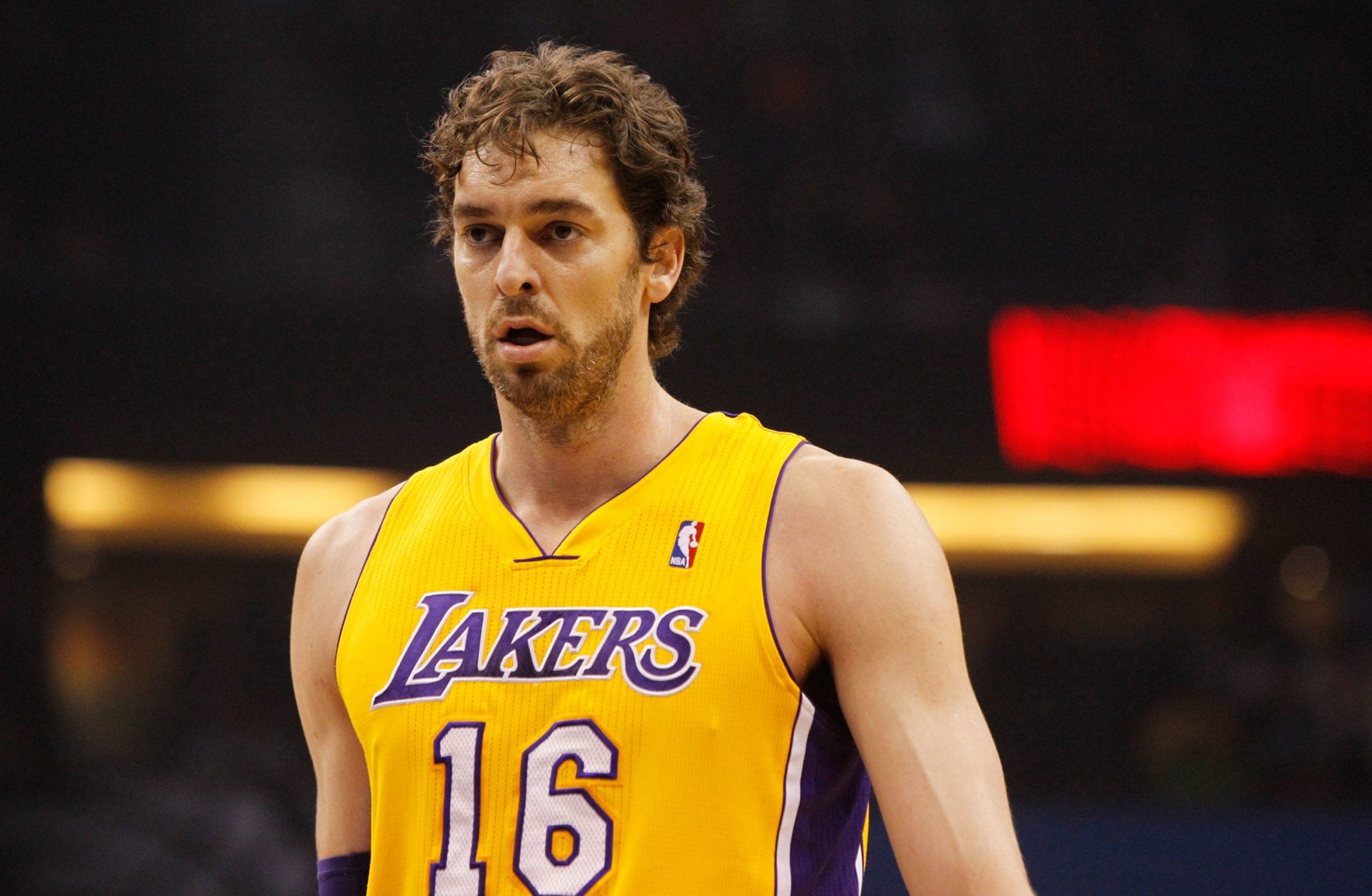 It’s no secret that LeBron James would like to play professionally with his son Bronny, but the Gasols may be the first family pair to suit up for the purple and gold.

Pau Gasol is working out in hopes of making Spain’s Olympic team for Summer 2021 in Tokyo and an NBA comeback.

In a conversation with ESPN’s Zach Lowe, Gasol said his team of choice is the Los Angeles Lakers if he does play in the league again.

“There is meaning and history there,” said Gasol, who helped Kobe Bryant win back-to-back titles in 2009 and 2010. “I’m not going to lie. It would be very special, and now that my brother [Marc] is there, even more special. But I’m not in a position now to be very demanding. I don’t have ten offers on the table.”

Spoke exclusively with Pau Gasol today about his hopes of an NBA comeback, his brother Marc signing with the Lakers, his arduous recovery process, and how someone rehabs during a pandemic: https://t.co/2EU0dtZT67

The 40-year-old Gasol last played with the Milwaukee Bucks in March 2019 until an ankle injury ended his season.

Later that year, he signed with the Portland Trail Blazers but was waived before he ever played a game for them.

The former Toronto Raptor’s numbers were down last season, but he’ll bring 3-point shooting and great passing ability to open up the floor for James and Anthony Davis.

“What he valued most was the opportunity to win another championship,” Pau said of his younger brother. “To play for the Lakers — it’s such a unique franchise. It’s the opportunity of a lifetime, and it’s very special for us to be the first brothers to play for the Lakers. It would be incredible if it ends up happening where I can join the team at some point,” Gasol added.

What Pau could bring to the team at this point in his career is questionable, but the two-time champ is motivated.

“I want the opportunity to contribute — to feel needed,” Gasol said. “Not just to be there. That’s not who I am. I want to enjoy it, and players usually enjoy playing.”

The Lakers open up their preseason against the Clippers this Friday.