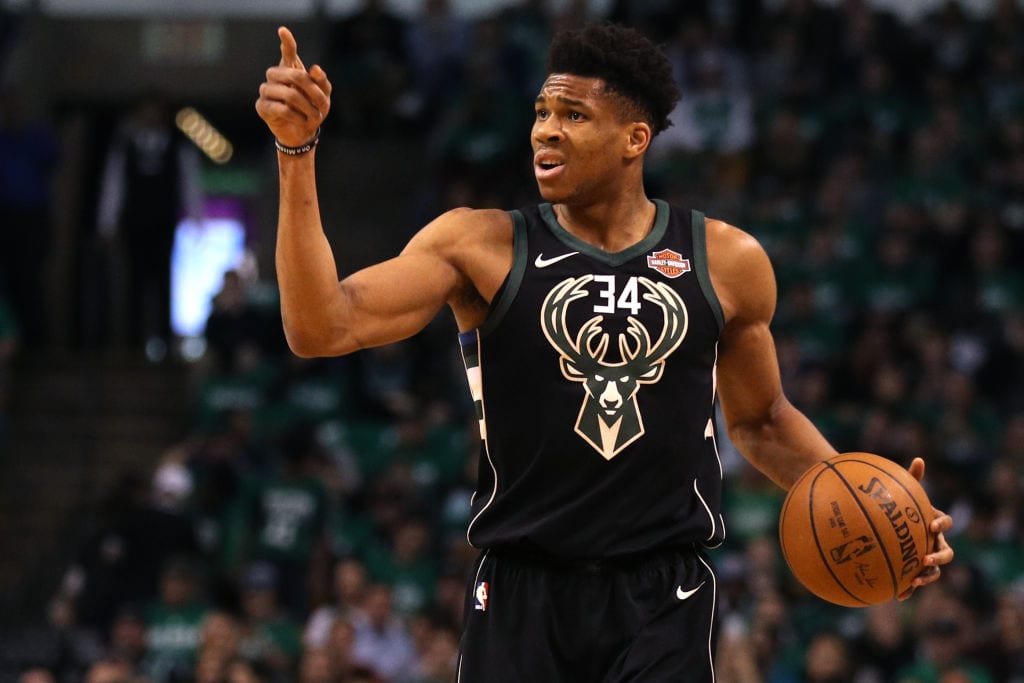 Giannis Antetokounmpo of the Milwaukee Bucks has a big decision looming ahead of the start of the NBA season.

Antetokounmpo and the Bucks have until December 21st to agree to an extension that would keep “The Greek Freak” in Milwaukee for a long time.

However, Antetokounmpo has said he is “not focused” on extension talks right now.

That doesn’t mean the seven-year veteran will ultimately leave Milwaukee, but he’s probably letting his agent handle those negotiations.

Giannis Antetokounmpo, when asked about his contract, says: "Right now, I am not focused on that. I am just trying to focus on myself."

He adds that he is leaving those discussions to his agent, Alex Saratsis, and the front office.

At this point, Giannis’s comments, of being focused on his play and the season, are typical for an athlete in the last year of his contract, but Bucks’ fans would feel better hearing Giannis say, “I want to be here.”

Instead, he went for the generic answer, and now with two weeks before the season starts, this is where Antetokounmpo and the Bucks stand.

While Antetokounmpo has declined to discuss extension talks, he did give an idea of his mindset going into this season.

Still, he added that he doesn’t believe this season is “championship or bust.”

"I don't believe this is a championship or bust situation," @Giannis_An34

In order for the speculation of Giannis leaving the Bucks to really gain some traction, he would have to decline signing his super-max extension before December 21st.

With that, Giannis Antetokounmpo would become a free agent in the 2021 offseason.

The two-time MVP would be sought after by every team that could afford to go after him as a free agent.

The Milwaukee Bucks have less than two weeks to prove to Giannis that this team can compete for a title.