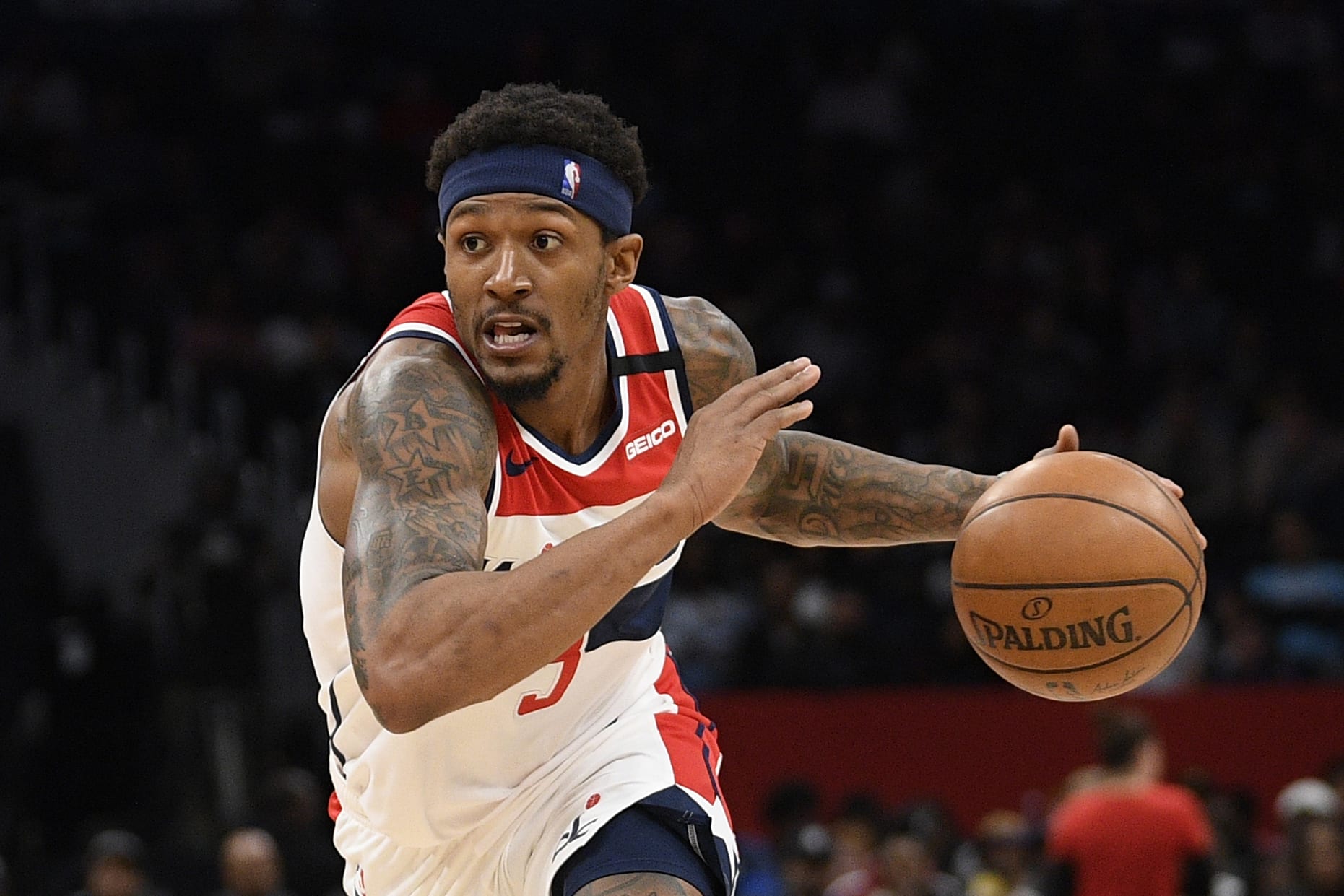 The basketball world was thrown for a collective loop on Wednesday when ESPN’s Adrian Wojnarowski broke the news that the Houston Rockets were trading former MVP point-guard Russell Westbrook to the Washington Wizards for John Wall and a protected first round pick.

The Westbrook-Wall trade will undoubtedly have a reverberative effect on the league – but perhaps few players will be affected to the same degree as Washington’s burgeoning star Bradley Beal.

“I’m trying not to get emotional now,” Beal said of Wall’s trade to Houston via ESPN.

“It’s tough because he’s a brother. You realize that relationship was so strong, but it was so crazy because a lot of people tried to break us apart, a lot of people tried to put us apart, put us against each other, and it was always crazy because when we came together and had those conversations, it was the total opposite of what everybody was making and the rumors and the noise.”

The duo combined to reach the playoffs four times together and many assumed they would return next season so long as they remained healthy.

“You understand it’s the business of basketball. … It was a tough pill for me to swallow too, but on the flip side you look at it and see who we are bringing in and the caliber of player in Russ and what he is able to do, former MVP, walking triple-double, he is going to bring a spark to our team and an energy to our city.”

Westbrook is coming off one of his most efficient years in the NBA; one in which he averaged 27PPG, 8RPG, and 7APG on a career-high 47% shooting percentage.