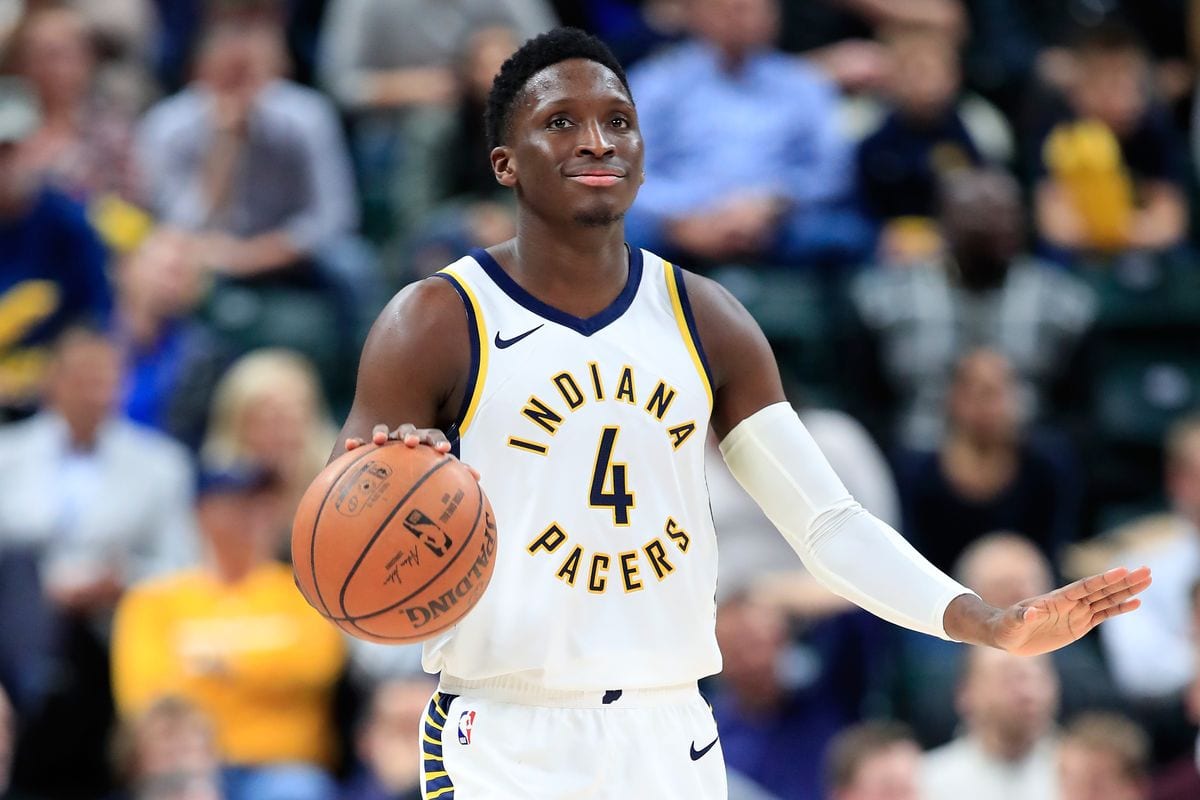 Despite the rumors, Victor Oladipo denies wanting to leave the Indiana Pacers this offseason.

Oladipo is entering the final year of his four-year, $84 million rookie extension that he signed in 2016.

The options for the Indiana front office are either letting him play out the season, or look for a trade partner for Oladipo.

However, Pacers president of basketball operations Kevin Pritchard has maintained that the two-time All-Star wants to be in Indiana.

Oladipo is coming off an injury-filled season where he averaged 14.5 points in 19 games, which was his lowest scoring average since his rookie season in 2013-14.

He returned in 2019-20 while continuing to recover from losing most of the season due to a ruptured quad tendon.

The Pacers were bounced in the first round of the 2020 NBA playoffs to the eventual Eastern Conference champion Miami Heat.

In the offseason, the Pacers shook things up by firing coach Nate McMillian and replacing him with Nate Bjorkgen, a former Toronto Raptors assistant.

Among other things, Indiana is hoping for a bounce back season from big man Domantas Sabonis.

Meanwhile, Oladipo is feeling stronger and has great enthusiasm for the upcoming season.

Sitting back and remaining idle while his name has been floated in trade talks wasn’t always easy.

He has managed to control what he could, which is improving as a basketball player.

“I’ve been in the league for eight years now, this is my eighth year, and this is the first time anyone has accused me of anything like this. It’s very interesting to me, but at the end of the day, I can’t let none of the stuff that I can’t control make me lose focus of what really matters, and that’s this team, my teammates, this organization and making sure I’m healthy.”

Related Article:  Has The Haliburton and Sabonis Trade Worked Out for Both Teams?

The trade talks will instead fuel Victor Oladipo, which he will look to unleash on his opponents.

He definitely has a chip on his shoulder this season.

“It stopped being a chip a long time ago. It more so feels like the world on my back and I gotta make sure I hold it up,” Oladipo said.

“So, if you wanna call me Atlas from now on, that’s fine, but it’s no longer a chip. It’s bigger than a chip now, so I’m just looking forward to competing at the highest level.”