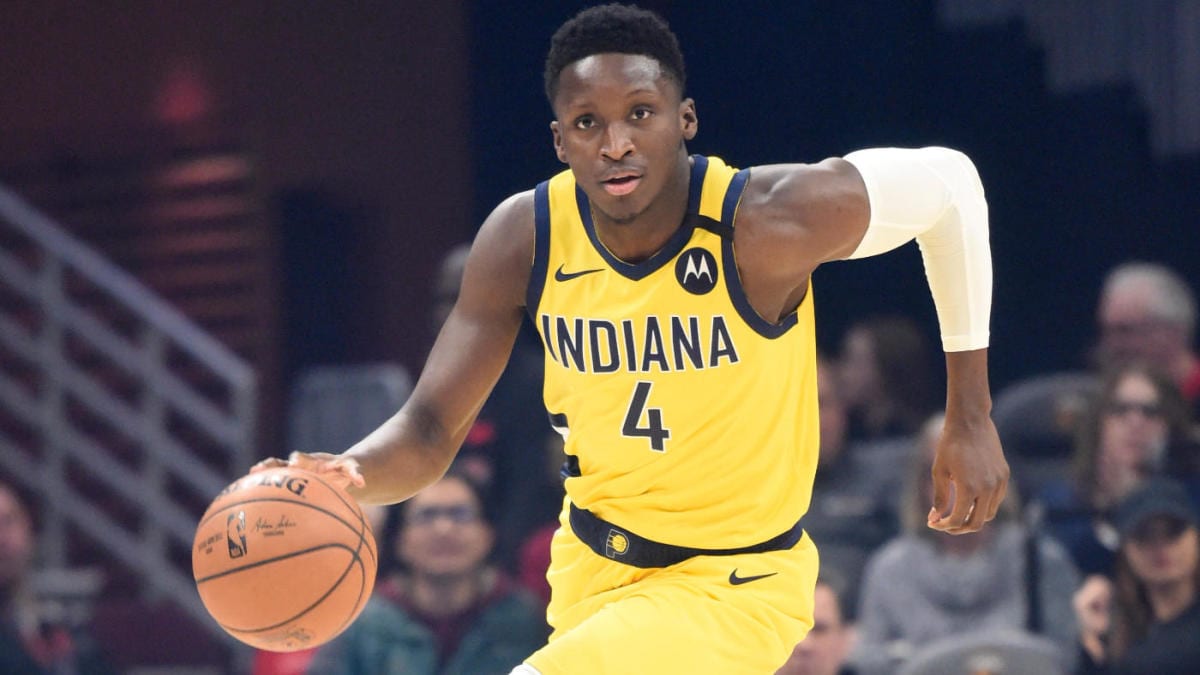 Trade chatter has hit a fever pitch the last few days with scenarios such as James Harden going to the Nets for Kyrie Irving and beloved Laker Kyle Kuzma headed to Atlanta circulating on the airwaves.

The Pacers’ Victor Oladipo’s name has also been mentioned, but the team’s star guard says he is focused on bringing a chip to Indiana.

“I’m focused on the here and now. I’m committed to now,” Oladipo said when asked if he was going to be with the Pacers longterm.

There has been speculation that the number 2 pick in the 2013 draft wants out of the Hoosier state, but Oladipo said those assertions just weren’t true.

Both Oladipo and Pacers president of basketball operations Kevin Pritchard have both come out and said the former Indiana University player wants to remain with the team.

Victor Oladipo’s answer today to “Do you want to be here long-term?” pic.twitter.com/DqGeoox09h

“To say I don’t want to be here is crazy because I’ve never said that. This is Indiana basketball. It speaks for itself,” said Oladipo. I don’t have control of the future. I don’t know what the future brings. I didn’t know I was going to tear my quad. So, it was hard to prepare for that,” said Oladipo.

The seven-year veteran is in the fourth year of an $84 million rookie extension he signed in 2016, but he spent most of the 2019-20 season in recovery mode after rupturing his quad tendon.

“Right now is all that matters. And that’s what I’m focused on. And I’m focused on being the best Victor Oladipo possible and help this team win a championship.”

The 28-year-old has averaged 17.3 points, 4.6 rebounds, and 3.9 assists per game over his career, but last season he averaged just 14.5 points in 19 games, his lowest total output since his rookie season.

Regardless of whether Oladipo wants to stay or go, both he and the Pacers will benefit if he comes back from injury to have a productive 2020-21 season.