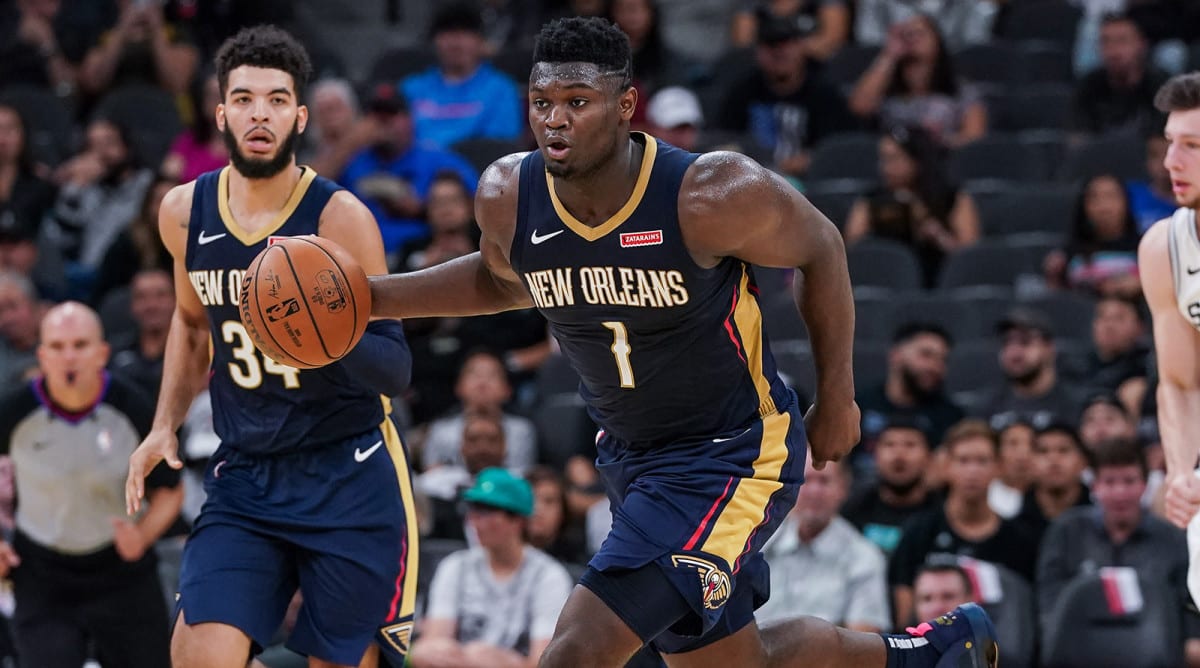 Number one pick Zion Williamson was supposed to make his NBA debut last year, but a preseason meniscus injury delayed the rookie’s start by four months.

He then sat out the final four Pelican games in the Orlando bubble, leaving many to wonder when or if they would see the former Duke superstar in all of his glory.

That day is coming soon, according to Pelicans executive vice president of basketball operations David Griffin.

“Once he gets to the point where he’s healthy enough to play his game, play with the ball more, play more as a slasher and less as a post-up presence, I think you’re going to see the real Zion come to the floor,” Griffin told reporters Monday.

Grifin said they couldn’t gauge yet where Zion needed to put in work. They just needed him to be healthy and playing.

“Everything he did, he did at a historically efficient level. And frankly, I would tell you it’s the things he enjoyed the least on a basketball court. And he was historically good at it. So, once he gets to the point where he’s healthy enough to play his game, play with the ball more, play as a slasher and less of a post-up presence I think your gonna see the real Zion come to the floor,” said Griffin.

The Pelicans got their superstar some help, bringing back Brandon Ingram and adding Oklahoma’s Steven Adams to the lineup.

“It was important for us to get the extension done with Steven because, again, he represents culturally what we want to be about. He’s a very young player, just 27 years of age. He still plays on a very high level with the playoff background that he has. We wanted him to bring that level of competitiveness to us that he has. Bring what he offers as a leader for more than just one year.” said Griffin.

The Pelicans kick off their preseason Dec. 14 against the Miami Heat.