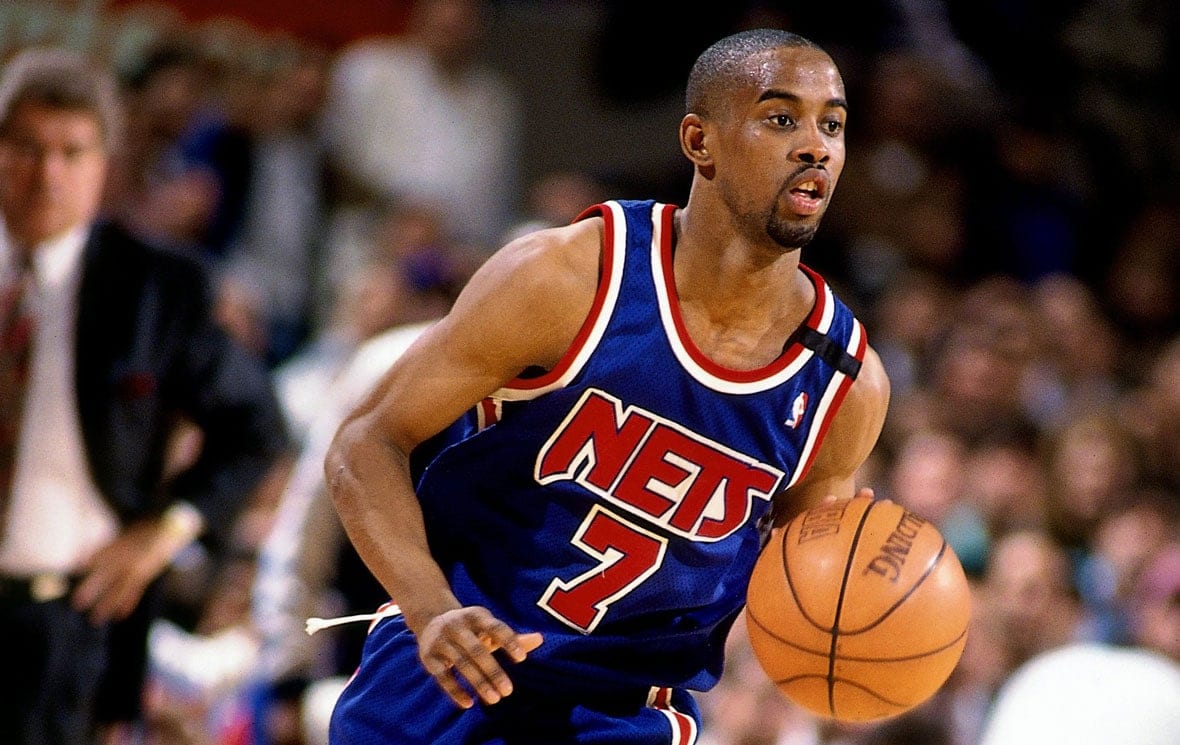 Former Nets player Kenny Anderson says James Harden would not be a good fit to play alongside Kyrie Irving and Kevin Durant in Brooklyn.

Harden has been subject to trade rumors since reports circulated that his co-star Russell Westbrook wanted out of Houston.

If the Rockets decide trade Westbrook, many speculate it would be in their best interest to trade Harden too.

The Brooklyn Nets are the team that’s been tied to Harden the most for two reasons: they have two established all-stars on their roster and they have plenty of ways to match salary.

But although some have encouraged the Nets to go all in on a Harden trade, others have argued that the team would become too ball-dominant – Kenny Anderson falls into the latter camp.

“He’s an awesome player, but not a good fit for the Brooklyn Nets. They got Kyrie [Irving], they got Kevin Durant and let’s build around those two guys and let out young guys grow with [Spencer] Dinwiddie there, [Caris] LeVert. We got a good team and a young nucleus,” Anderson said on the Heavy Live with Scoop B show, via Nets Wire.

“Steve Nash is a rookie coach. … let him build and I think we’re gonna be good this year coming up. But with Harden, he would’ve changed all of that a little bit. I really believe that.”

As of now it seems Houston is intent on starting the season with Westbrook and Harden but if they do decide to shop either player, it’s fair to assume Brooklyn would be at the top of their wish lists.