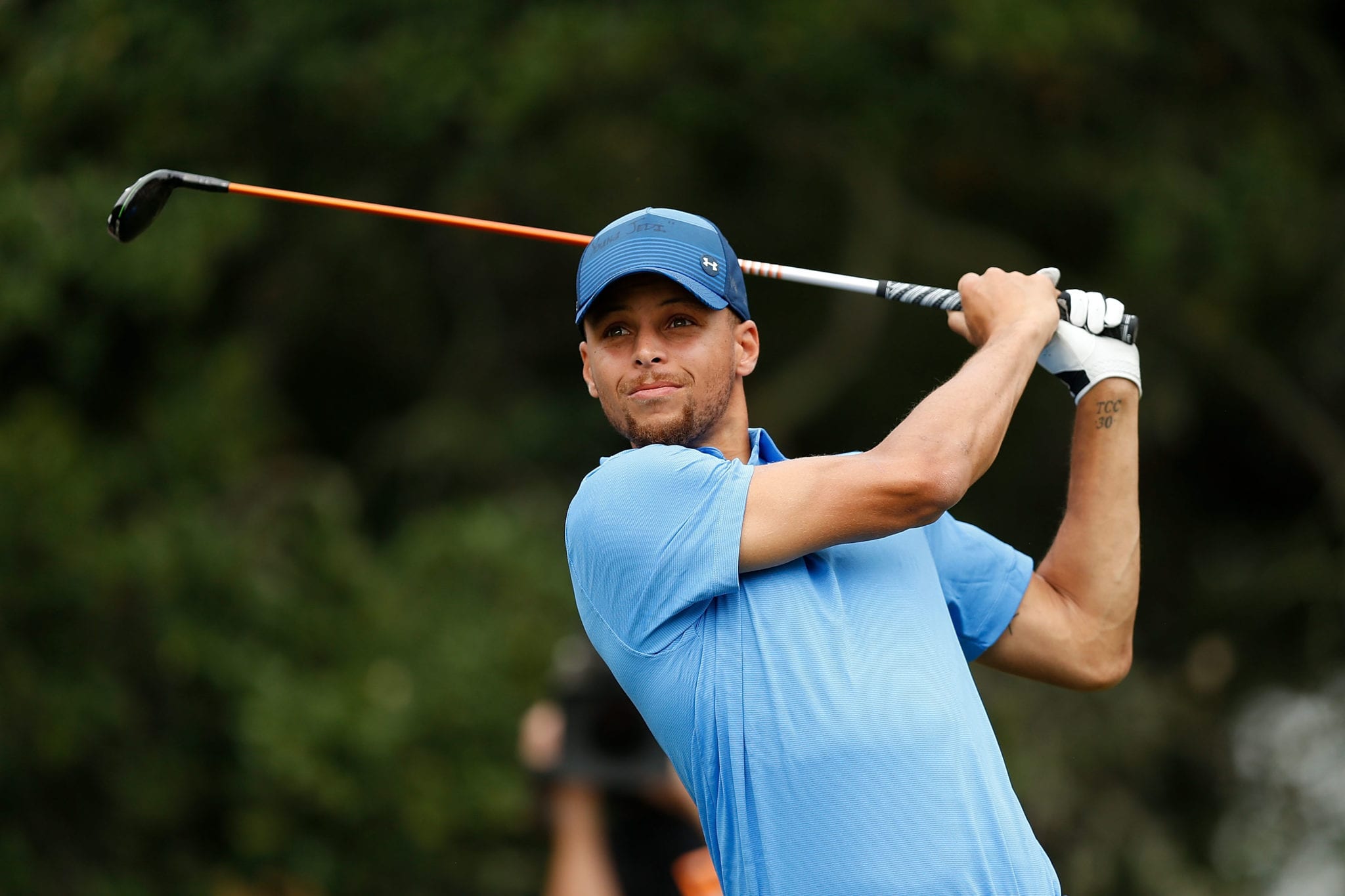 But despite the fact that he’s won three NBA championships and two NBA MVP awards, Curry still gets nervous going up against professional golfers on the green.

“I’ve played in a lot of big games. There is no comparison to how nervous I was on the first tee, standing there with other professionals, trying to compete.”

Curry has participated in countless golf pro-ams since entering the NBA – and a lot of golf pundits think he’s a pretty impressive dual-sport athlete.

It’s possible that Curry would’ve pursued a career in professional golf had he not been one of the best basketball players on the planet.

Perhaps that’s why Curry is teaming up with future NFL Hall of Famer Peyton Manning for The Match: Champions for Change while his NBA compatriot Charles Barkley gets to team up with golf legend Phil Mickelson.

If you’re familiar with Barkley’s golf game, then you know he’s far less proficient on the links than he was on the hardwood.

Proceeds from the event will go towards funding Historically Black Colleges and Universities.