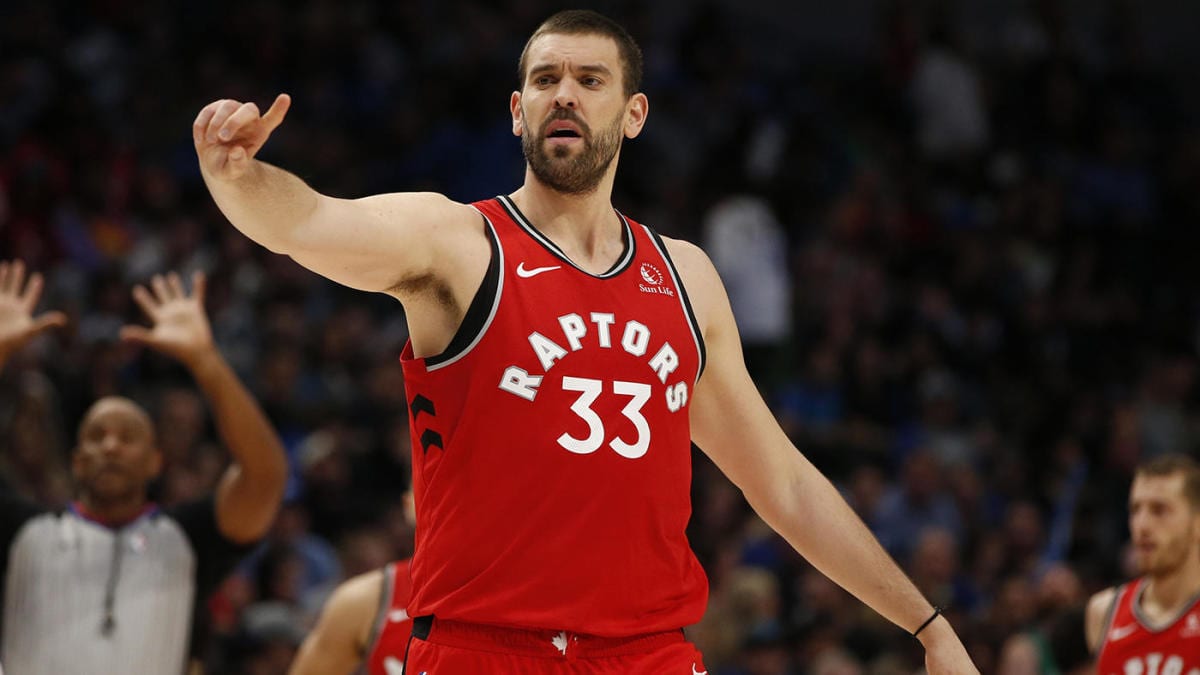 Most players would jump at the opportunity to join LeBron James and Anthony Davis on the defending world-champion Lakers.

But it wasn’t easy for Marc Gasol to say goodbye to Toronto.

“It was tough,” Gasol said Wednesday, during a videoconference call from Spain. “It was very hard. The first couple days [of free agency] were a little tough for me… I thought the right thing to do was go with Lakers.”

The 35-year-old Gasol signed a two-year, $5.3 million deal with the Lakers after playing the past two seasons in Toronto, where he won his first title.

“How I’m going to remember the Raptors? First, I’m going to miss Toronto, said Gasol. “Toronto has been a great place; my family was very settled there, very comfortable.”

“And that’s just the way, sadly, this business goes. I thought my run in Toronto could not get better and we’d always be chasing the ring, that I wasn’t sure I was going to be able to be the player that they needed me to be there in order to win it. So I thought that the right thing to do for me was to join the Lakers and contribute to what they got going on.”

Thankful for the relationships and memories that will last a lifetime #Toronto pic.twitter.com/48jpTgHltL

Ironically, Gasol could potentially finish his career where he first started it.

Marc, the younger brother of Pau Gasol, was drafted by the Lakers in 2007 but was then traded to Memphis in a deal that brought Pau to the Lakers.

“Having a chance at being a part of a great team and seeing how the coach [Frank Vogel] and the GM [Rob Pelinka] and everyone felt that I could contribute to that, that to me said a lot,” Gasol said.

Gasol and the Lakers will begin their quest for their own back-to-back championships on December 22.