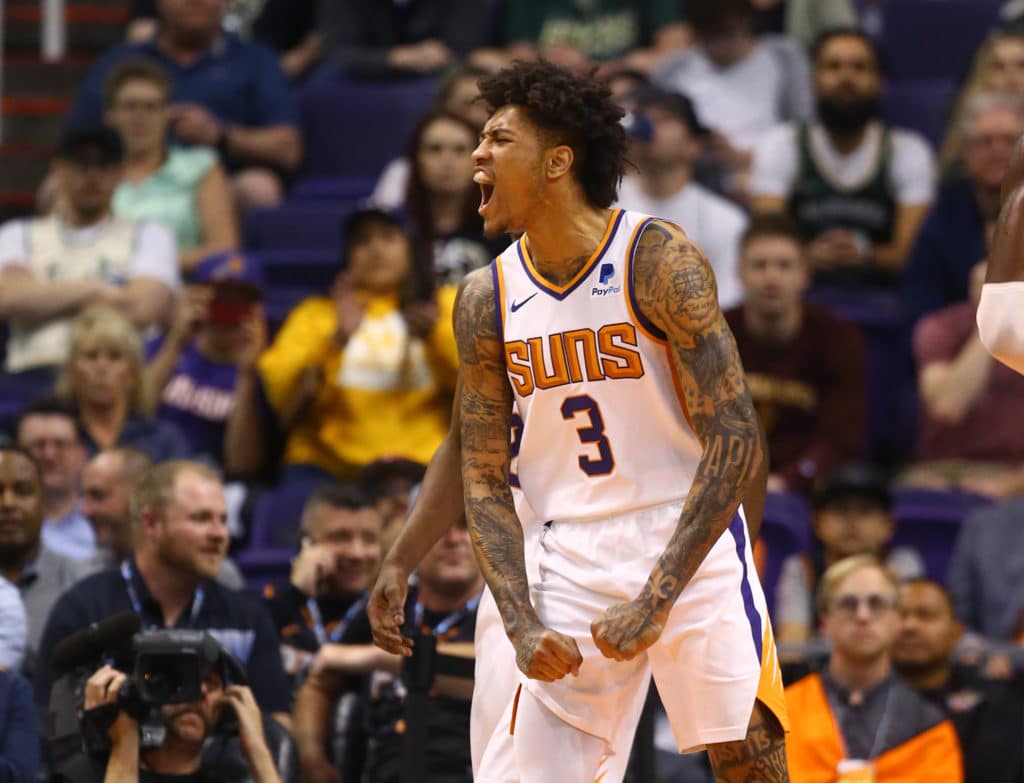 Kelly Oubre, 24, is officially a member of the Golden State Warriors.

It’s been a turbulent past few weeks for Oubre, who has gone from repping new jerseys for the Phoenix Suns to Oklahoma City then to Golden State.

Oubre will join a Warriors team that has title aspirations even without the presence of star guard Klay Thompson who suffered a season-ending achilles injury last week.

If there’s one player Oubre anticipates getting along with the most on the court, it’s Draymond Green.

“I mean, we’re both fiery cats on the court. We’re both competitors,” Oubre told The Athletic’s David Aldridge during a Sunday night phone conversation via NBC Sports.

“I want to have a conversation with him, of course, just to let him know, ‘Bro, you can come at me. Like you can get on my a– and tell me that I need to be better, or I need to do better, and I won’t take it personally.’ Because I understand that that’s what it takes to win.”

“And I just look forward to the same energy of me being able to lead and just push guys to be their best selves. So I’m excited. Draymond’s a winner, man. I’m excited to win.”

Oubre will have a chance to return to the playoffs next season for the first time since he was with the Washington Wizards.