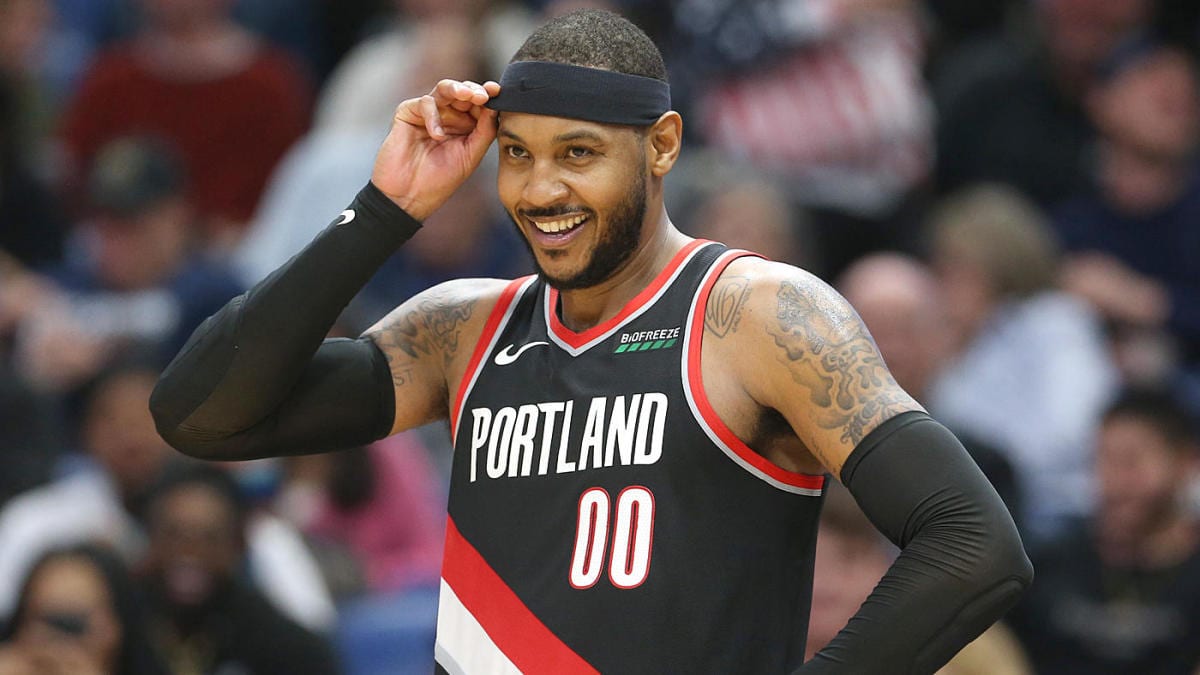 Free agent Carmelo Anthony has agreed to return to the Portland Trail Blazers on a one-year, league-minimum deal, according to ESPN’s Adrian Wojnarowski.

Despite horrible endings in Houston and Oklahoma City, Anthony appeared to have found a home in Portland, fitting right in from the moment he signed.

All it took was a team that truly wanted him and knew how to utilize his skills at this stage in his career.

Just weeks into his Trail Blazers run, Melo won Western Conference Player of the Week and then had averages of 15.4 points, 6.3 rebounds, and 1.5 assists during the remainder of the regular season.

Melo expressed his desire to return to Portland after being knocked out of the first round of the Western Conference playoffs.

“Whenever you find a situation that’s comfortable and allows you to be who you are, you want to stay in that situation,” Anthony said then.

“There’s no need to try different things when something is working.”

The 36-year-old Anthony will have some milestones to look forward to, should he be healthy most of, if not all of, next season.

The 10-time All-Star will aim to make his first NBA Finals appearance, he is 51 points away from passing Tim Duncan for 14th on the all-time scoring list, and if he can score 895 points this season as he did in 2019-20, he will find a spot on the top 10 in the scoring list.

This will be Melo’s 17th season in the league since being drafted in 2003 by the Denver Nuggets.