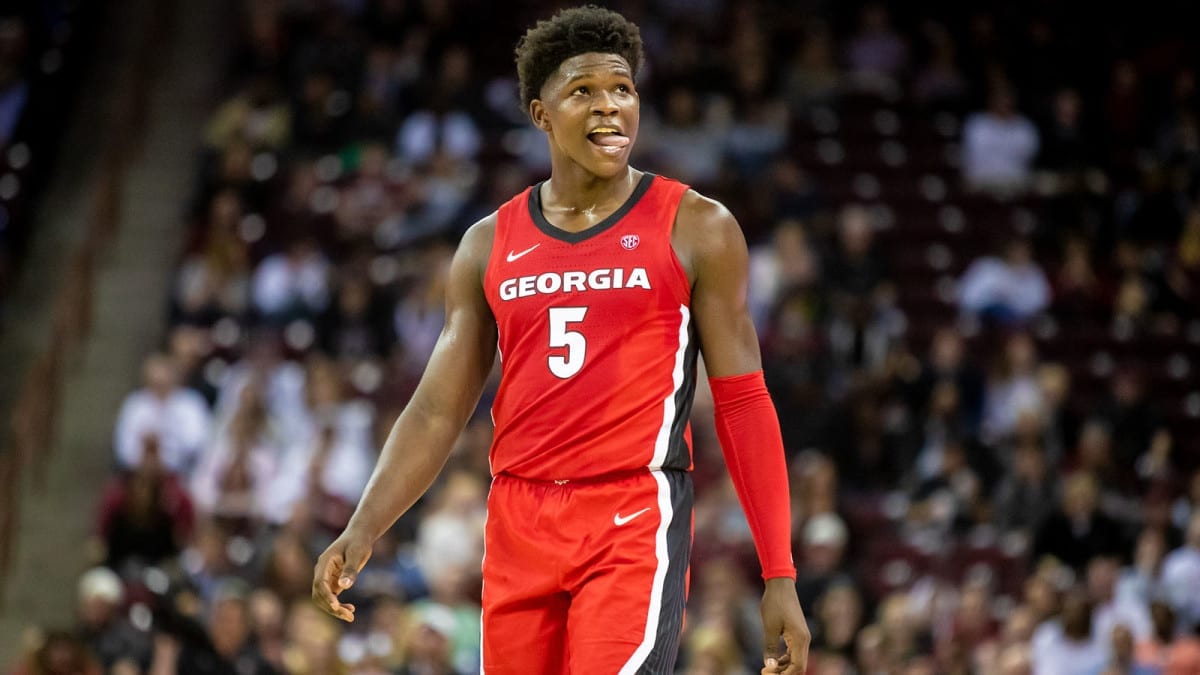 The long-awaited NBA draft finally got underway Wednesday night and it could not have come sooner for the players who’ve stood by an extra five months to learn their fate.

The Minnesota Timberwolves got the party started by drafting Georgia’s Anthony Edwards with the No. 1 pick.

The Golden State Warriors followed at No. 2 choosing center James Wiseman from the University of Memphis, followed by the Charlotte Hornets’ No. 3 pick  LaMelo Ball, the youngest of the Ball brothers.

Patrick Williams, a small forward from Florida State, went to the Bulls and Auburn Freshman Isaac Okoro is headed to Cleveland to round out the top-5 picks.

The first-ever virtual NBA Draft kicks off what is sure to be another unusual and challenging season for the league as the COVID-19 pandemic breaks records across the country.

Regardless of the coronavirus, it was a night of celebration for the players chosen.

Edwards, a 6-foot-5 guard from Atlanta, played one season for the Bulldogs garnering Southeastern Conference Freshman of the Year honors while averaging 19.1 points, 5.2 rebounds, and 2.8 assists a game.

“I’m just blessed beyond measure to be in this situation,” Edwards told ESPN about being drafted.

The 220-pound guard will join Karl-Anthony Towns and D’Angelo Russell on a talented Minnesota roster.

Nicknamed the “Ant Man,” Edwards is known for his explosiveness and is tough to contain on the open floor.

Wiseman only played in three games for the Tigers due to eligibility issues, averaging 19.7 points and 10.7 rebounds a game.

At No. 3, LaMelo Ball is known more for his dad’s antics than his own skills, but scouts have said he is the most talented of the Ball brothers.

The 6-foot-8 Williams will bring a nearly 7-foot wingspan along with great quickness and leaping ability to the Chicago lineup.

Okoro averaged 12.9 points and 4.4 rebounds at Auburn and can only improve a struggling Cavs team that can use all the help it can get.