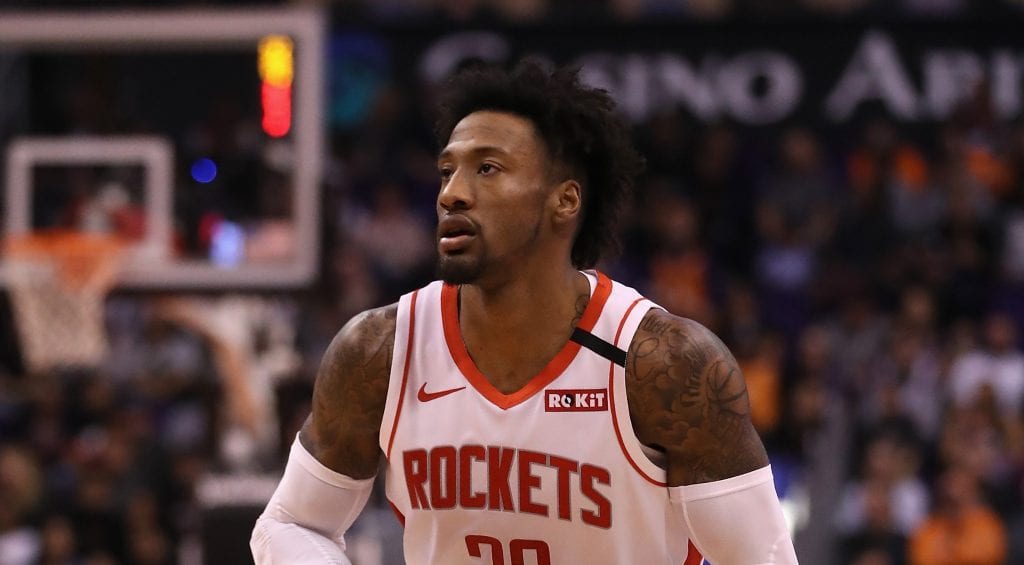 While the deal can’t be finalized until Wednesday, the Blazers are sending the 16th pick in Wednesday’s draft and another future first-round pick.

RoCo was traded from Minnesota, with former Rockets employee Gersson Rosas as their GM, while the Timberwolves received two first-round picks from Houston, including the Rocket’s 2020 first-round pick.

Minnesota then traded that pick to Denver for Malik Beasley and Juan Hernangomez.

Covington, 6-foot-7, has become one of the league’s top defenders and has career averages of 12.7 points and 5.7 rebounds per game with three NBA teams spanning seven years.

As for the other member of this trade, Trevor Ariza returns to Houston and is coming off a decent season that saw him play 21 games for Portland while shooting 49 percent from the floor and 40 percent from the three-point line.

He missed the NBA bubble, committing instead to a one-month visitation period with his young son.

At this time it is unclear if the Rockets will move forward into next season with Ariza on the roster, amidst all the trade speculations surrounding stars Russell Westbrook and James Harden.