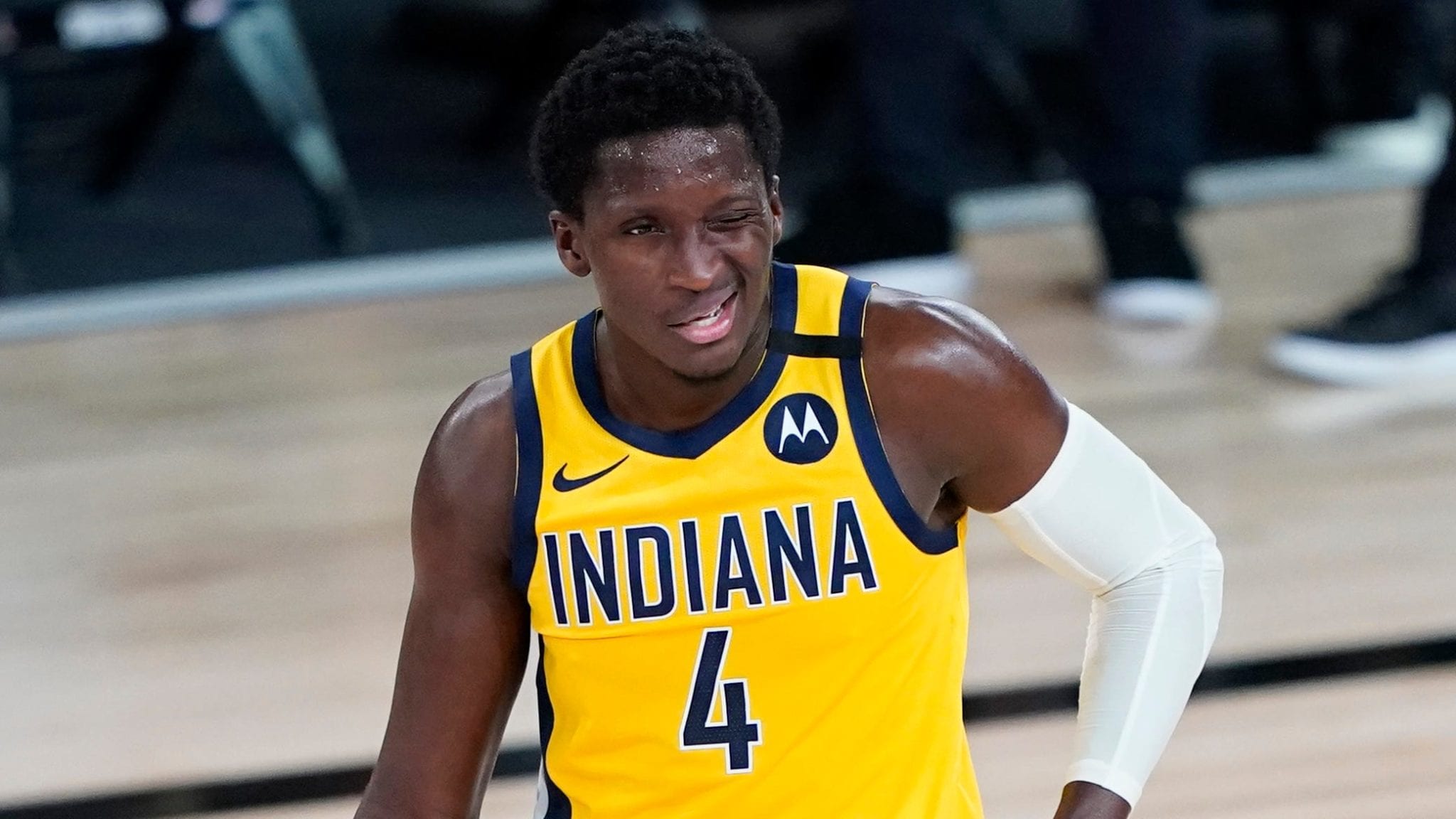 If recent reports are any indication, Pacers guard Victor Oladipo may want out of his situation in Indiana.

According to a report from J. Michael of IndyStar, Oladipo asked players of the Toronto Raptors, New York Knicks, and Miami Heat if he could join their teams in front of his teammates.

Oladipo has struggled to find continued success throughout his seven-year playing career.

The following season Oladipo suffered a ruptured quad tendon that sidelined him for almost an entire year.

Oladipo hasn’t returned to his stellar level of play from 2017-2018 since the injury.

The Pacers may look to move Oladipo for younger players or draft capital with only one year left on his deal.

Recent rumors suggest that the Pacers have shopped Oladipo and center Myles Turner with the intent of building around guard Malcolm Brogdon and big-man Domantas Sabonis.

But if the report that Oladipo openly asked to join other teams is true, then it’s reasonable to assume that very few teams would be willing to give up much for him – considering he might ask to leave their team too.

Related Article:  Why DeMar DeRozan Is More Likely for Lakers Than Zach Lavine, per NBA Insiders
-->