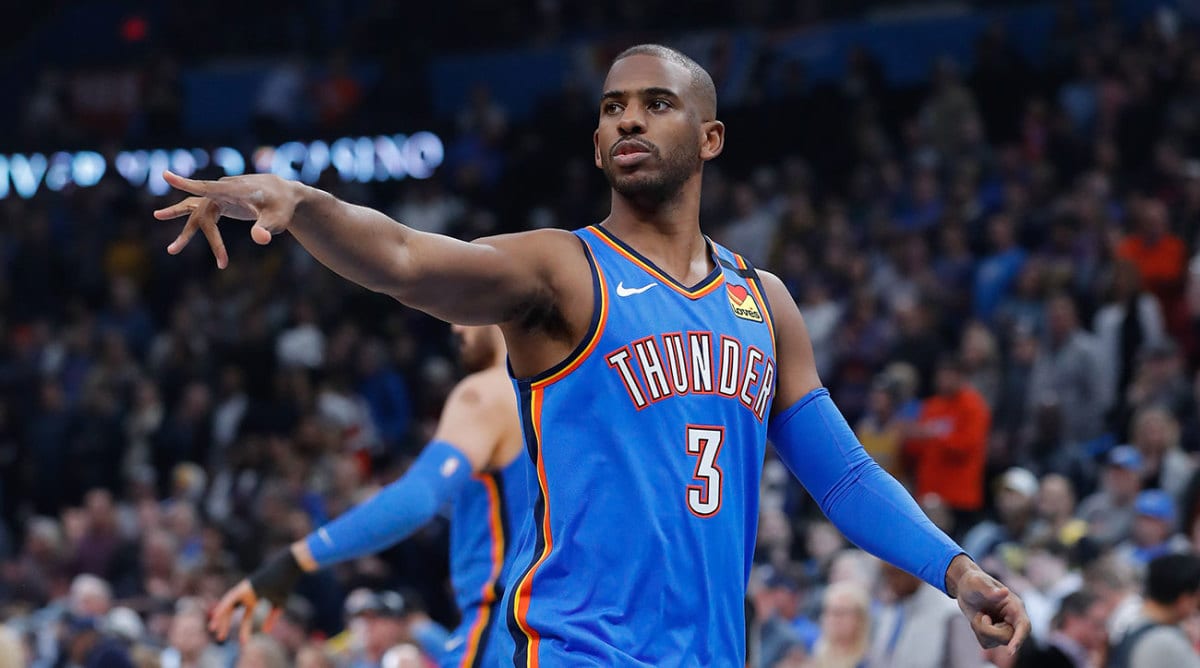 The Phoenix Suns have engaged in discussions with the Oklahoma City Thunder regarding the services of All-Star point guard Chris Paul.

The talks have been ongoing and have been gaining momentum, however no deal is imminent.

As things stand, there is a pause on trades as the NBA prepares its plans for the start of next season ahead of the draft next week.

In years past, the Thunder have granted input on trade destinations for former stars Russell Westbrook and Paul George.

They now seem to extend that willingness to Paul for a trade destination.

Phoenix is coming off an impressive run that saw them finish 8-0 in the bubble, narrowly missing the opportunity to be in the play-in game for the postseason.

Phoenix can also look forward to phase 1 of a $230 million renovation of Talking Stick Resort Arena, along with the opening of brand new $45  million state-of-the-art practice facility.

Along the possibility of a Paul trade, the Suns could posses an excess of $20 million in cap space to chase after other free agent options as well.

Chris Paul has two years left on his deal that will see him be owed $85.5 million, which is a motivation for the Thunder to move him.

Despite that fact, OKC has also said that they remain interested in keeping him around for next year.

Paul averaged 17.6 points and 6.7 assists while making his 10th All-Star appearance, and led the Thunder to the postseason where they pushed the Houston Rockets to seven games.

After the season he was named second-team All-NBA.