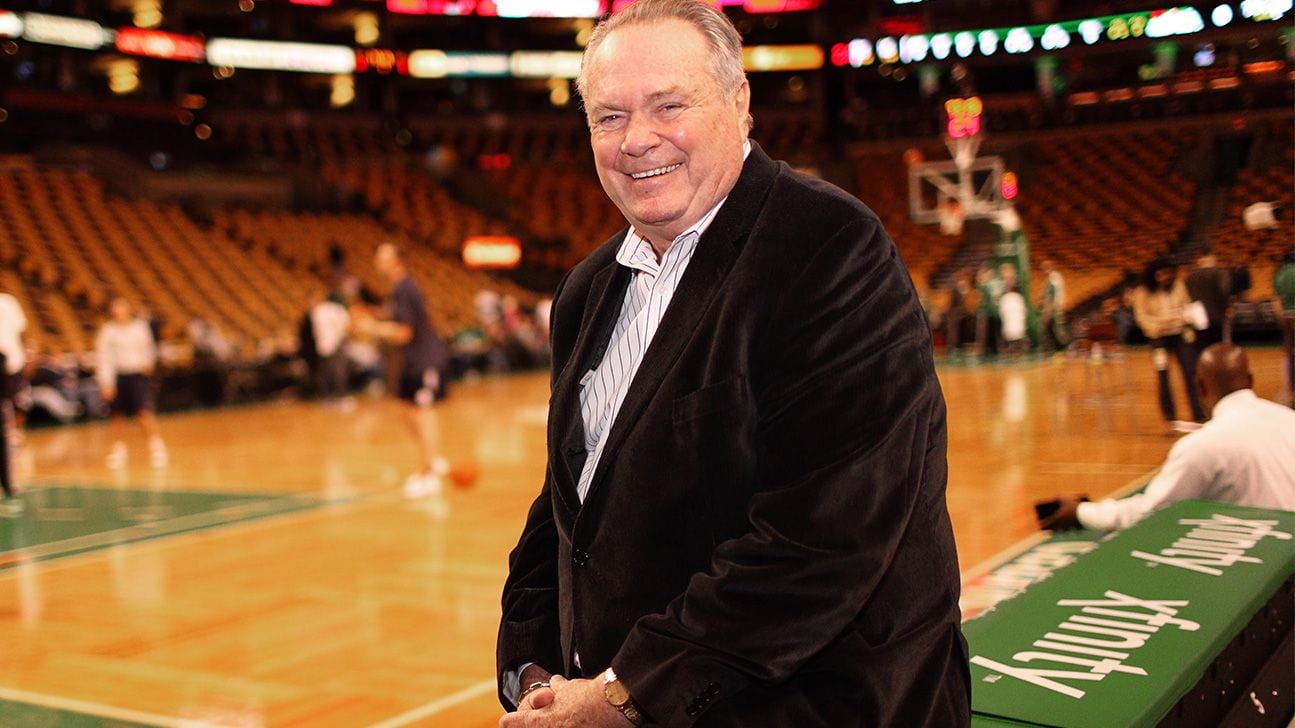 Boston Celtics player and broadcast announcer Tommy Heinsohn died at the age of 86.

Heinsohn was a legend in Beantown, winning ten titles in 20 seasons as a player and coach.

This is a devastating loss. Tommy was the ultimate Celtic. For the past 18 years, our ownership group has relied hugely on Tommy’s advice and insights and have reveled in his hundreds of stories about Red Auerbach, Bill Russell, and how the Celtics became a dynasty. He will be remembered forever.

We take this time to celebrate Tommy Heinsohn’s life and legacy, and to share in the sorrow of his passing with his family, friends, and fans. As long as there are the Boston Celtics, Tommy’s spirit will remain alive.

Members of the NBA family also expressed their condolences.

“Celtics games will not be the same without Tommy, and he will be dearly missed by those who share his fervor for basketball,” said NBA Commissioner Adam Silver.

Former teammate Bill Russell shared a photo of the two when they were rookies.

We were rookies together and friends for life. In life there are a limited number of true friends, today I lost one.
RIP Heiny. pic.twitter.com/nKJn0DqgJJ

Many fans came to know Heinsohn as a color commentator during the 1980s when the Larry Bird-led Celtics were regulars in the NBA Finals.

Drafted by Boston in 1956, Heinsohn was the Rookie of the Year in 1957 and helped lead the team to the NBA Finals, scoring 37 points and grabbing 23 rebounds in a Game 7 win.

Heinsohn went on to coach the storied NBA franchise for nine years, including title wins in 1974 and 1976.

Heinsohn also won coach of the year, leading the team to a 68-game winning season in 1973.

Heinsohn spent his whole career with the Celtics, was selected to six All-Star teams, had his Boston jersey retired.

The former player was inducted into the Naismith Memorial Basketball Hall of Fame in 1986 and then again as a coach in 2015.

Heinsohn joined Bill Sharman, John Wooden, and Lenny Wilkens as the only people to be inducted as both a player and coach.