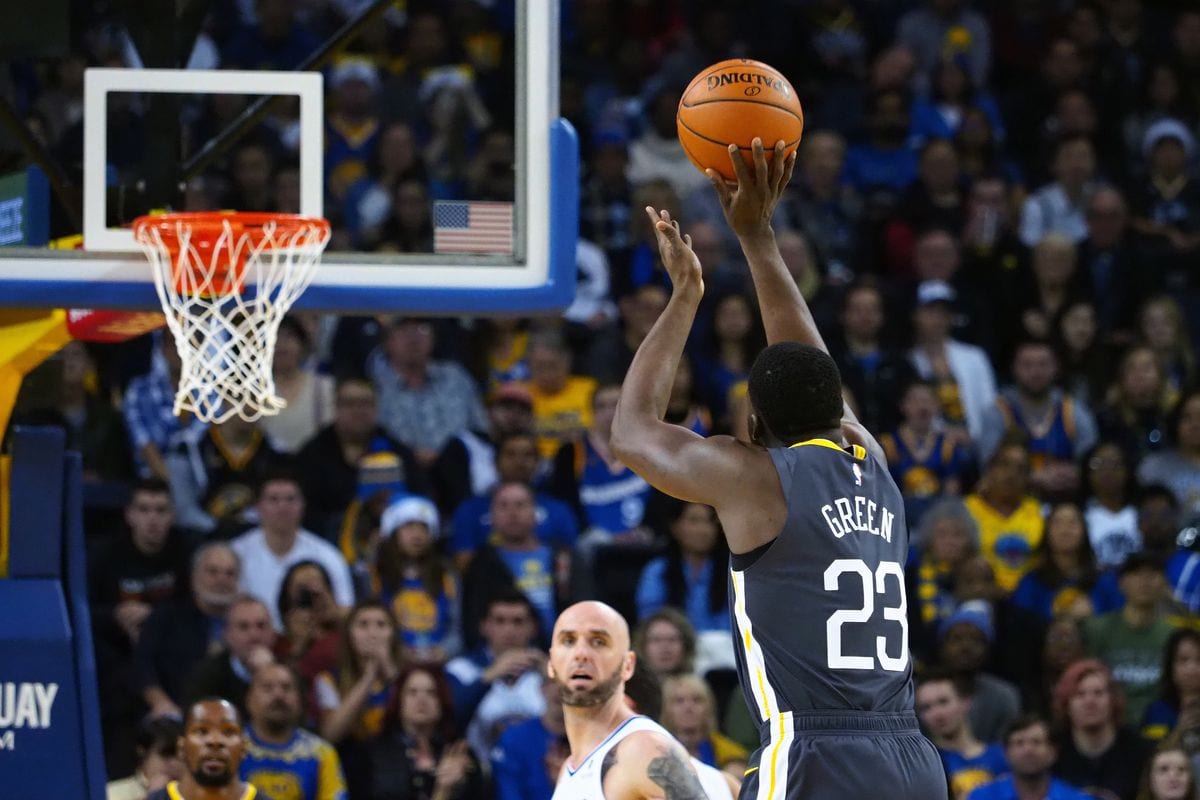 Golden State Warriors forward Draymond Green has been in the gym working hard over the past few months in order to improve his three-point jump shot.

Green’s longtime personal trainer Travis Walton has been posting updates on Green’s workouts throughout the summer and fall.

Although Green is known for having an all-around game, he’s never excelled as a three-point shooter.

Going into his ninth NBA season, it’s clear that Green needs to improve his shooting percentage from beyond the arc.

Green shot just 28% from three last season, 29% the season before that, and 30% the year before that.

The Warriors are going to have a real shot at winning an NBA championship so long as Stephen Curry and Klay Thompson are able to stay healthy.

Green’s inaccuracy from outside became a real detriment for the Warriors during their last two deep playoff runs.

Without Kevin Durant, the Warriors have a much smaller margin for error and will need Green to shoot closer to 40% than 30% from three.